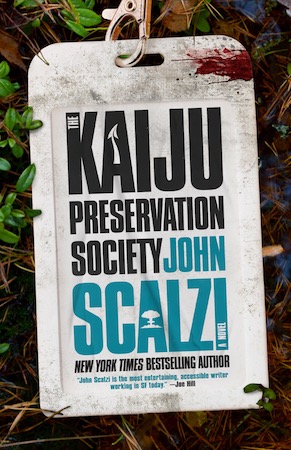 March is now over and April has begun, so it is time for my reading list from March.

For the month I listened to 14 different titles and in the past month seven of them were new titles, or 50%. This is the highest percentage in a while. For the highlighted title, it is the Kaiju Preservation Society by John Scalzi.

Giant monsters run amok in Hugo Award–winning author John Scalzi’s wild adventure. Jamie is spinning his wheels at a rotten job when an old friend offers him an intriguing new opportunity. As part of a “wildlife protection” group known as KPS, Jamie is tasked with protecting our world from kaiju (think giant monsters like Godzilla)—as well as protecting the massive beasts from humans. Scalzi drops us into a thrilling multiverse where nuclear weapons have torn the boundaries between worlds and giant monsters are one atomic blast away from smashing through our cities. Maybe the best thing about this comic fantasy novel is that it’s not the setup to a massive trilogy—although we wouldn’t say no to a sequel! The Kaiju Preservation Society is a short, fast, fun cross-dimensional romp.

I am not sure how many books I will end up reading during April, but there will be at least one new book in April.

Disclaimer: The links below will provide a bit of a commission if you purchase anything.