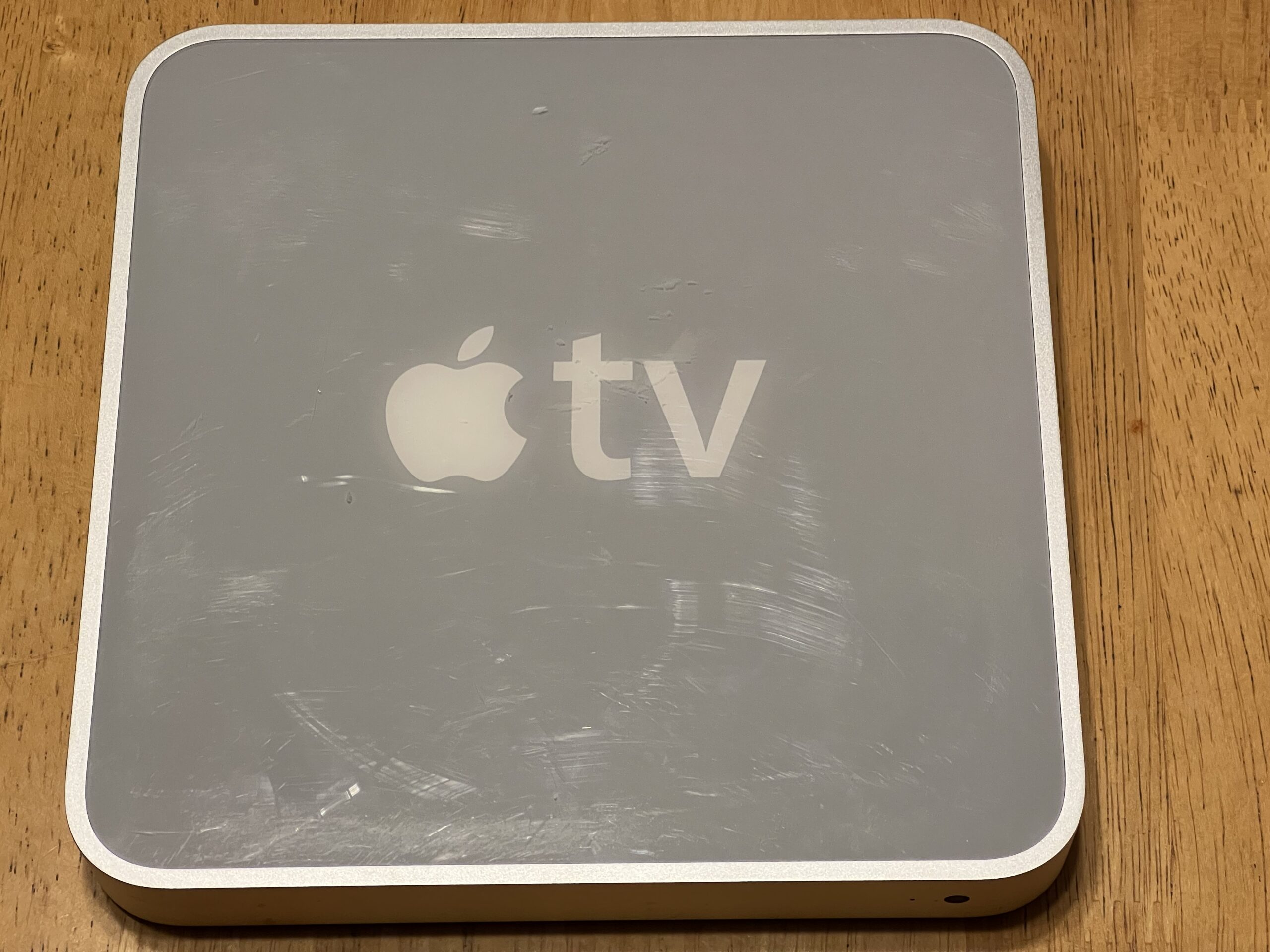 This article continues the series that I started earlier this year called "15 Years Later". The series is intended to look back at 2007 and many of the big things that occurred during that year.

To date, I have covered the following:

This is another article in that series. This one will cover the original Apple TV.

Typically, when Apple introduces a new product they do not pre-announce it. However, there is are exceptions to this. The only exceptions is when Apple introduces a new product line, that requires certification by regulation agencies, like the Federal Communications Commission, or FCC. The reason for this is that Apple would rather control the introduction and information as opposed to having it be released by another agency.

Apple initially announced the Apple TV, then called the iTV, in September of 2006. You can watch the introduction video below.

On March 21st, 2007 Apple began shipping the Apple TV. So let us look back at the 1st generation Apple TV.

Of course at its release it was not called the 1st generation Apple TV, it was just the Apple TV. The original Apple TV was a smaller and thinner version of another Apple product, the Mac mini.

In fact, the physical size of the Apple TV was 7.7 inches by 7.7 inches by about 1.1 inches tall. This would fit nicely in a stereo cabinet with other devices.

The original Apple TV had two different connection types, HDMI and component video. The reason for both is that not all TVs at the time had HDMI connections, but many at least had component.

The Apple TV was limited to either 480p or 720p when playing video. However, the interface could be shown at 1080p.

The Apple TV also had an ethernet jack as well, only a 10/100 Mbps connection. This was enough bandwidth to easily stream from a computer to the Apple TV. Ethernet was not on the only connection you could use.

I know I tended to use Wireless more often than the wired connection. The Apple TV could connect to 802.11a/b/g/n. Even 802.11g would be fast enough for streaming 720p video, and since 802.11n was faster, it was definitely able to handle it. However, there was one area the speed would be even more beneficial, and that was the primary use case, syncing.

The first-generation Apple TV contained a low-power Intel processor. This made sense because the Apple TV was developed early into Apple's transition to Intel processor. Specifically it has a 1.0 GHz Intel Pentium M. It had 256MB of RAM with an integrated Nvidia GeForce Go graphics card with 64 Megabytes of dedicated video RAM. 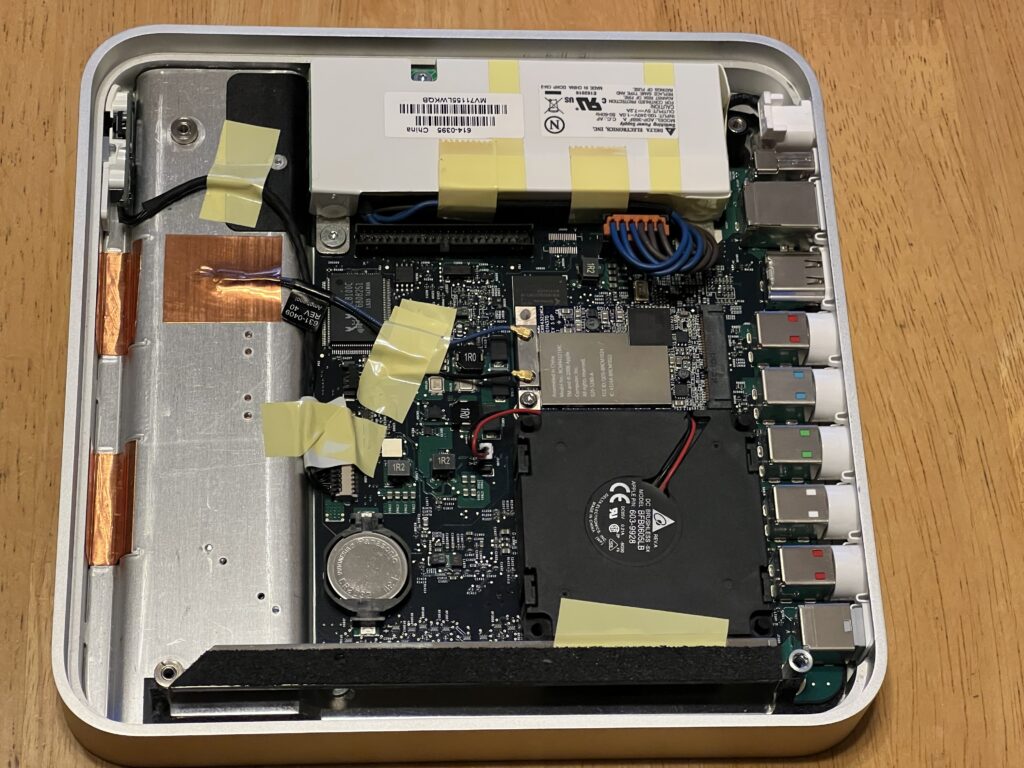 The way that you interacted with the Apple TV was by using a white plastic remote. This was the same remote that was included with iMacs at the time. You could also use an aluminum remote as well.

These remotes have a four way directional pad with a click button in the middle.

Apple also introduced an iOS app that would allow you to connect your iPhone, iPad, or iPod touch to use the Apple TV. Sometimes it was easier to use the iOS iTunes Remote, particularly when you needed to enter in a password.

Even though the Apple TV started shipping in March, it was not until May 5th, 2007 that I actually picked up an Apple TV. The model I got was the 40GB model. This was because it was cheaper at $299 and it was the most I was willing to spend at the time.

The Apple TV was a spur of the moment type of purchase and not one that I had really planned on making. I distinctly remember where I bought it from, it was a Circuit City. I was looking through some old paperwork and I ran across the receipt at some point recently. Although, now I cannot seem to find the original receipt.

Unlike many old Macs, you cannot really use the original Apple TV in its original configuration today. Since iTunes is no longer able to sync, you cannot add any media to the device.

There still is one thing that you can do with the 1st generation Apple TV, it was possible to use it as an AirPlay destination. I was not able to get my video to AirPlay to the Apple TV, but I could get music to AirPlay successfully. Therefore, if you have an original Apple TV you can still use it for at least one thing. The AirPlaying was done with my mid-2017 iMac running macOS Monterey. 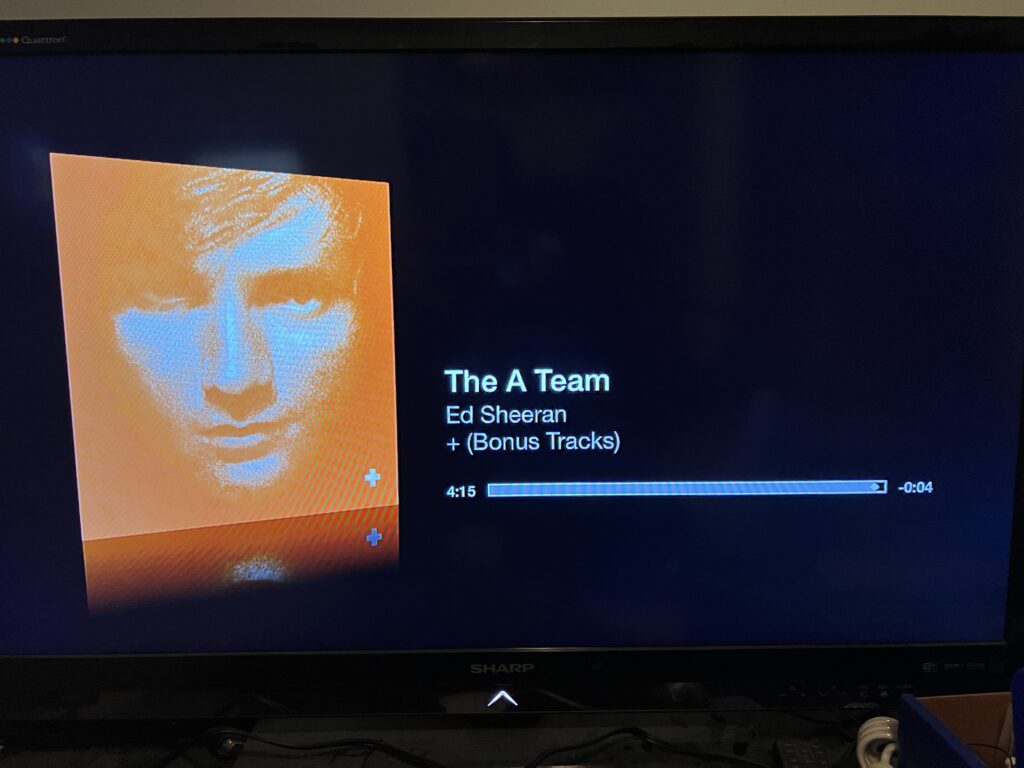 The Apple TV was a good device for its time. Even though it required you to sync data over to it, the speed of the wireless connection, with 802.11N, or even the 100Mbps ethernet connection, would synchronize data fairly quickly.

The fact that it was the same physical footprint as the Mac mini allowed it fit nicely into an entertainment center with other devices. The Intel Pentium M processor was a lower speed, but allowed for passive cooling, so there was no fan noise.

There is one spot where there might be noise, and that would be the 40GB or 160GB spinning hard drive could be the place where noise would be heard, particularly as the device got on in age.

The Apple TV cannot really be used with any modern Mac, with the exception of being an AirPlay destination. Therefore, if you do have the need for a TV and you still have an original Apple TV, you could still use it.