After the update of wwrite and wwriteFree to 3.2.0, I noticed a couple of things that needed to be changed. Here is what has changed:

The changes are minor, but they should help those who need accessibility messages to be able to use wwrite and wwriteFree a bit more easily. If you use voice over, or any other accessibility options, and find any issues, definitely let me know.

Per usual, the updates are free. You can download wwrite, or wwriteFree now.

wwrite and wwriteFree have been updated. There have been two minor changes for both applications.

These are minor updates, but should help streamline in some manner. Per usual, the updates are free. If you have any problems, or feature requests, let me know on twitter.

The last app updates for wwrite and wwriteFree was in May of 2017. A bit more than five months ago. When I began doing the update then, I decided to go with a new model for my apps. wwrite remained a paid application and wwriteFree would remain free but would be an older version of the app. After some thinking, and reflecting, I have decided to change things around again with a different model.

wwrite will still remain a paid application, $0.99 and is ad-free. wwriteFree is the app that will see the change. Versions 2.1 and prior versions were ad-supported by using Apple’s iAd platform. Apple shut down the iAd platform in June of 2016, which prompted the update to wwriteFree to become ad-free. At the time that iAd was shutting down I looked into getting another advertiser. I would have gone with the juggernaut Google’s Adsense. However, this is not possible due to an issue I had with Google. I have looked into other advertisers, but due to the small nature of the app, and the website, none of them would allow me to use their ad service.

As I pondered the ratio of paid versus free downloads of my apps, (97% free versus 3% paid), I came to the conclusion that I did not want to exclude the larger portion of my user base from the latest features. In order to make sure they got the latest features, I have shifted the models again.

I have opted to go back to wwriteFree being an ad-supported. Ultimately, what I have decided to do is to go with custom first-party ads. Every ad that is shown in the app is determined by me. The ads that I will start off with are advertisements for my own e-books. I will likely be adding a wider variety of items in the future, but that is where I will start. This change means that the version numbers of wwrite and wwriteFree are now the same, with the only difference being the ads, which really is how I prefer the applications to be.

If you would like to advertise, get a hold of my by either direct messaging me on twitter or send an email to sales@waynesworkshop.com.

wwrite and wwriteFree 3.1.0 are now available for download in the iOS App Store.

wwrite 2.1.2 has a couple of minor changes. The new features include the addition of support via twitter and implementation of auto layout. The bug fixes include some text within the “About” section of the app. The full change log is here. 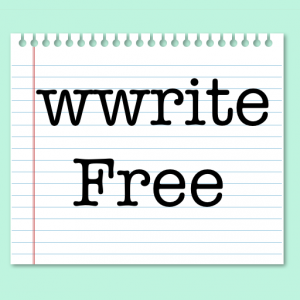