There are many different ways to communicate. The most recent is through the use of Emoji. Each year new emoji are released and this year is no different. This year’s release of iOS 12.1 will have over 70 new emoji characters. In the latest public and developer betas have the new emoji included in the release.

With the release of iOS 12.1, you will see a variety of new emoji. Some of these include

There are also some new faces as well. Some of the new faces include:

Along with faces and the food, there are some new animals too.

Here are some of the soon to be released emoji.

We have all seen one from time to time, the “blank” square with an “X” in it. Typically this means that the device we are using does not have an Emoji for the one that is being parsed by the system. When we see this, it can be annoying. One of the easiest ways to fix this is to update to the latest version of the operating system that you are running. In the case of iOS, this is pretty simple. New emoji are one of the primary factors that helps drive software upgrades. Just as was the case last year, Apple has previewed some of the new emoji that will be arriving later this year.

Some of the new Emoji include characters with four new hair variants. These are red hair, white hair, curly hair, and bald. Why those of us who are blessed with ginger-colored hair have been ignored for so long is unknown, but it has been rectified. Besides the hair, or lack there of, options, there are some new foods. These include:

There are also some new faces as well. Some of the new faces include:

This is not all of course. There are some new animals, including the Kangaroo, Lobster, Parrot, and Peacock. Besides expressive faces, animals, and people there are some additional objects that can be used as well. These objects include: a softball, a ball of yarn, a test tube, and a permanent paperclip (which looks suspiciously like the infinity symbol).

As is the case with all new emoji, they will add some additional ways to express ourselves. If you want to be a superhero, you can do that as well. Here are some of the different emoji that will be coming later this year.

I do not post about everything Apple does, mostly just the big stories. However, this story is one that embodies many things that Apple is passionate about. According to the proposal:

Apple has proposed some new emoji that depicts disabled users. One of the focal points for everything that Apple does is accessibility. For a long time now, Apple has made sure that everything they do is accessible for all users. These are proposed for Unicode 12.0, which will likely be approved in the Fall of 2018 and could be seen in the Spring of 2019, or even the fall of 2019. It is great to see Apple proposing emoji for those with disabilities. 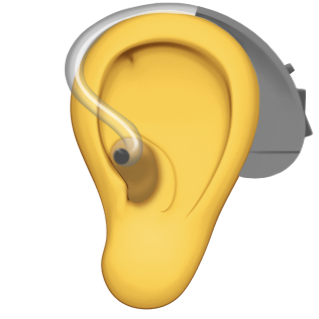 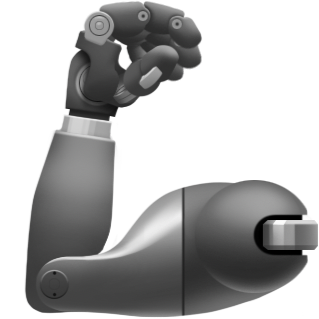 One of the items that gets updated every year is the Emoji that are available. While the codes that define emoji are standardized, how they look on the different platforms is up to each platform vendor. This is because the look of emoji needs to fit into the overall look and feel of the platform.

For Apple, an emoji update comes after the release of their new operating systems in the fall. Typically in the .1 update, so this year should be iOS 11.1 and macOS High Sierra 10.13.1. Some of the new emoji that are arriving later this year are:

There are 69 new emoji that are in the Emoji 5.0 specification. A complete list can be found on emojipedia.org

It looks as though Stephen Colbert may get his own emoji with a future Emoji update.