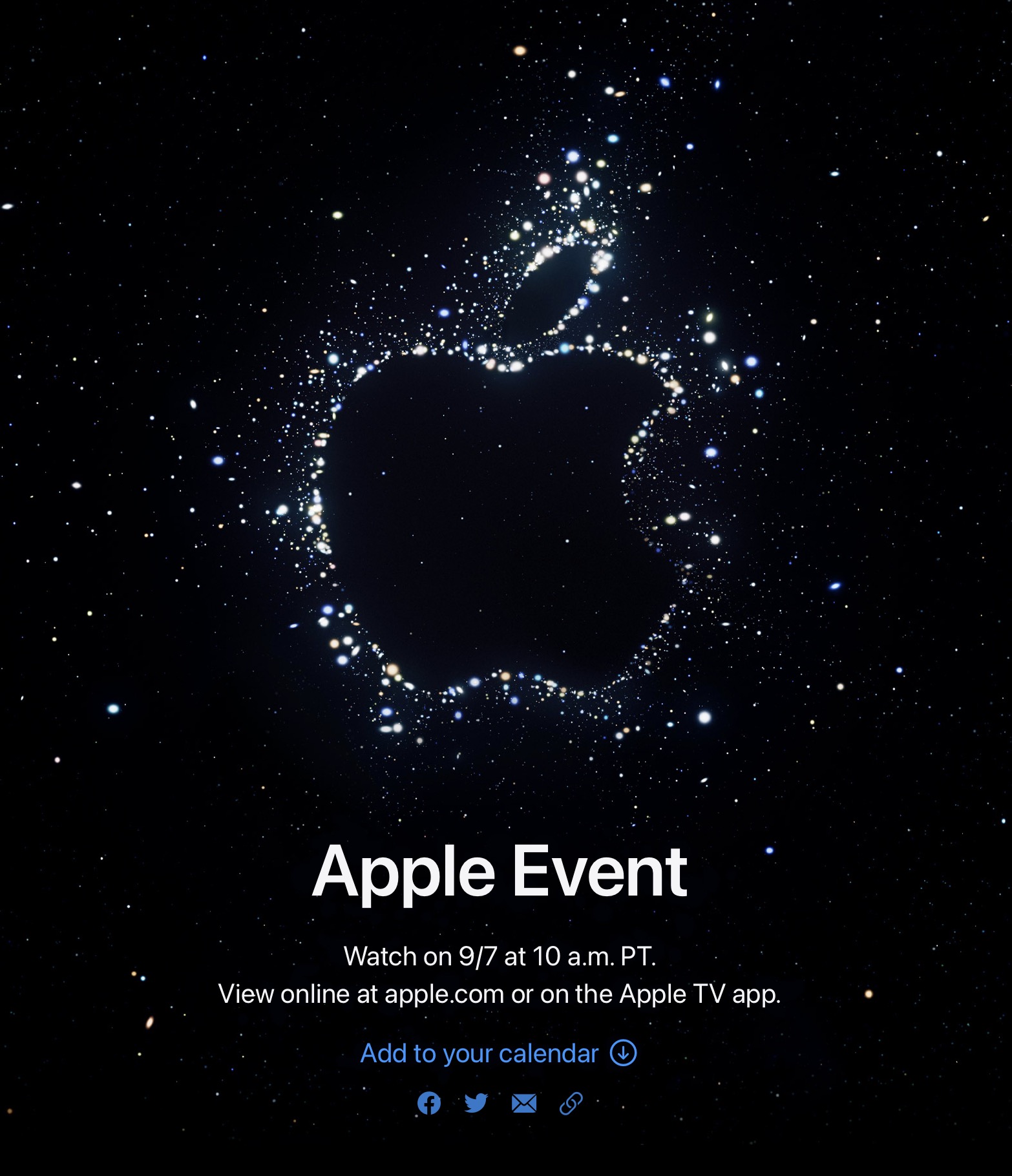 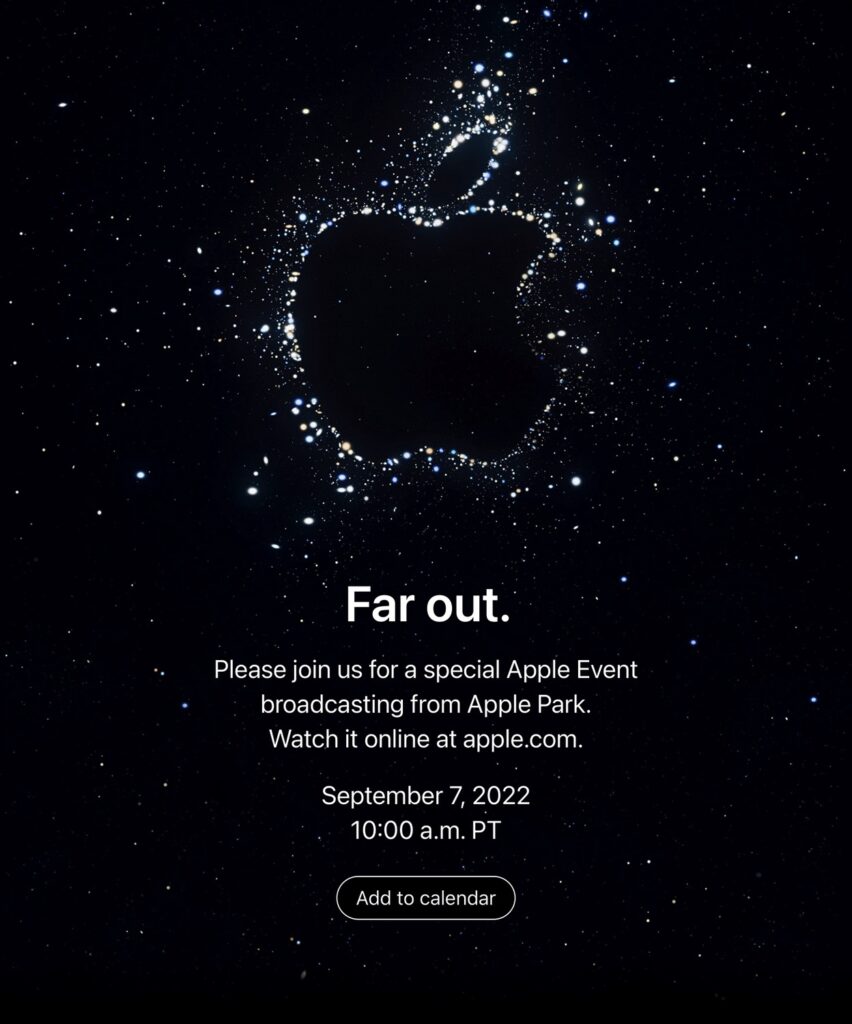 This event will begin streaming at 10 am Pacific Time on Wednesday, September 7th, 2022. Typically, Apple has Tuesday events, but September 5th is Labor Day in the United States, so it will be on Wednesday the 7th.

As with all other events this one has a theme, "Far Out". It has also become standard that there is an Augmented Reality experience when you visit the Apple Events page.

This event's AR object is a star field that you can zoom in on and view. Music will also play if you zoom in far enough.

It is likely that Apple will announce the new line up of iPhones as well as any new Apple Watches. It is not likely that we will see any new iPads given that Apple confirmed that iPadOS will be released later in the fall.

As is the case with all Apple's events I will have a recap of what was announced sometime after the event, as well as my predictions, sometime before the event.