One of my areas of interest is video games. I do own a number of consoles. The list of consoles that I own includes:

I do not generally use all of these. In fact, the only ones that I use on a regular basis are the first four listed. The Playstation 3 is effectively a Blu-ray player at this point.

My go to gaming console is the Xbox One. I do not buy that many games throughout the year. In fact, I generally only end up buying at most six a year. During 2017 I ended up buying more games than normal due to the Nintendo Switch being released. As a matter of fact, I only played eleven different games this year. I thought I would provide a ranking of the games that I have played throughout the year.

The ranking that provided above is for many reasons. I will attempt to briefly give reasons for my rankings. 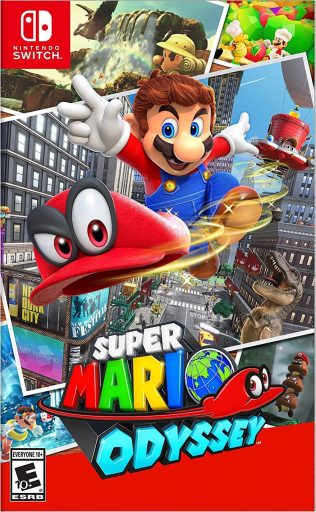 Super Mario Odyssey is the best game that I have played this year. It worked flawlessly on the Nintendo Switch. It combined the best elements of classic 2D Super Mario as well as Nintendo 64 Mario, and it did this all to provide a great story and fun game play. There were only a couple of sections that I found that I could not accomplish. The new game play mechanics of using the hat did add a nice touch to the game. I hope Nintendo continues using the mechanic in another game in the future. I did not get all of the Moons, but that is okay with me. 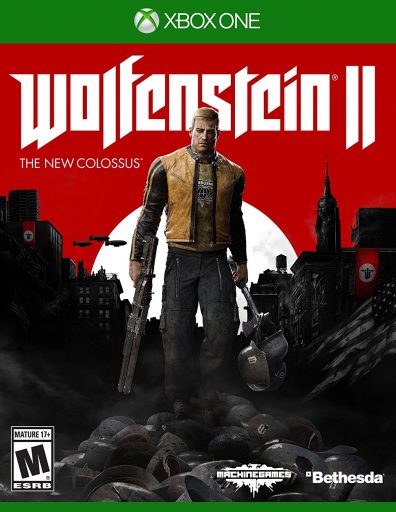 I have been of a fan of the Wolfenstein series since I first played Wolfenstein 3D back in the MS-DOS days. I have probably purchased more copies of Wolfenstein 3D than I care to admit. Wolfenstein II: The New Colossus was not universally loved, like Super Mario, but I enjoyed the story and the game play. You play as BJ Blazkowicz in a continuation of the story in the 2014 reboot, Wolfenstein: The New Order. The gameplay of Wolfenstein II was fun and some new mechanics added a nice touch to a first person shooter. I ran into some issues, which is why it ended up as second in my list and not number one.

To me the Wolfenstein Series, along with Duke Nukem and Doom, will always hold a special place and as long as there is another game in the Wolfenstein universe released, I will likely end up buying it. 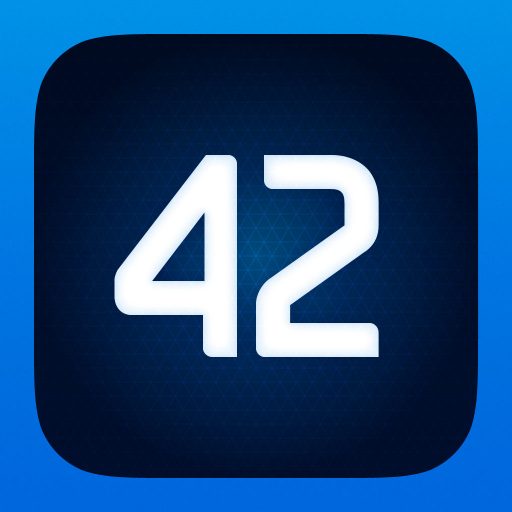 I do not play as many new iOS games as others do. On iOS I generally tend to stick to a couple of games, Solitaire and Tetris. PCalc is not a game, on its face. However, there is a full fledged game within the app. PCalc’s author James Thomson has been working on versions of PCalc for 25 years now. Every time a new feature in iOS is added, James attempts to include it within PCalc, if it makes sense.

Within iOS 11, Apple added a bunch of new frameworks that would allow developers to add augmented reality within their apps. James has done just this. You can play a racing game, complete with track and even achievements. With the inclusion of the game in the “About” screen, I consider it a game. If you have an Apple TV, PCalc TV is the way to really play the game. Plus, besides the game, you get a fully fledged calculator and you definitely need one on the iPad. 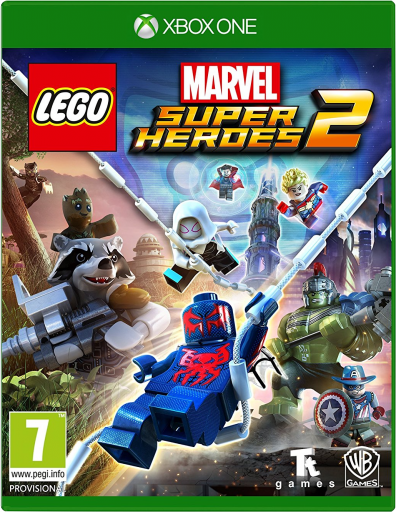 Besides video games I love legos. As a kid, I loved playing with legos. As much as I love legos, Lego sets are a bit expensive and therefore I do not buy as many as I would like; plus I do not have the space for a bunch of sets. Now, if you combine Video games and Legos, it is a no brainer for me to get those. The strangest aspect to this purchase was that I am not a Comic book fan and do not really care to see most Comic-based movies. Therefore, I do not know about most of the characters that are included in these games. However, even with all of this, I did enjoy the Lego Marvel Superheroes 2 game.

The story was interesting and did make for a different gameplay. Despite my love for lego and video games, there was not really enough new to warrant having it go higher than it’s current ranking. One of the things I try to do with Lego games is get 100% on them. However, the Lego Superhero games do not allow me to do this. The fact that it is a Lego game, is why it edged out the next game.

5. Zelda: Breath of the Wild 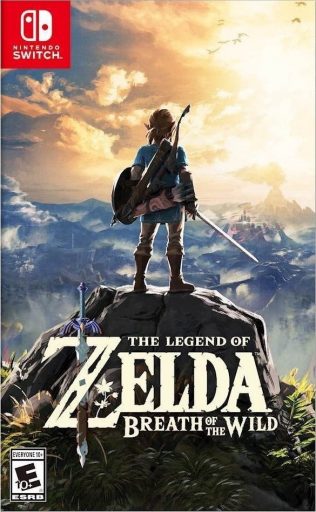 Unlike the Wolfenstein series, the Zelda franchise is not one that I generally partake in. The biggest reason that I ended up playing some of Zelda is that when I got my Nintendo Switch back in March there were not many games out, particularly since Mario Kart was not going to be released until April. Therefore, in order to be able to play something I picked up a copy of Zelda.

Zelda: Breath of the Wild is a visually stunning game. The story really does allow you to become immersed within the world and urges you on. The open world nature of the game provides a way for you to be able to go and explore wherever you want. Eventually though, it did not hold enough appeal for me to continue playing it. For those that love Zelda, it is a great game to play and is one that you should go out and play. 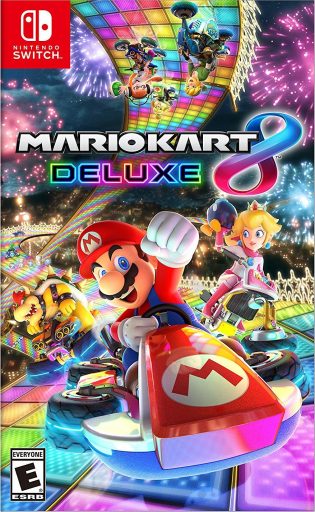 One of the things that is not easy to do is differentiate racing games. Racing games all have a common game mechanic, end up in first. It is not easy to make your game stand out, however for Nintendo it is a bit easier. This is due to having a large breadth of characters. Mario Kart has been the go to Nintendo racing game, not only for the iconic characters, but because of the very 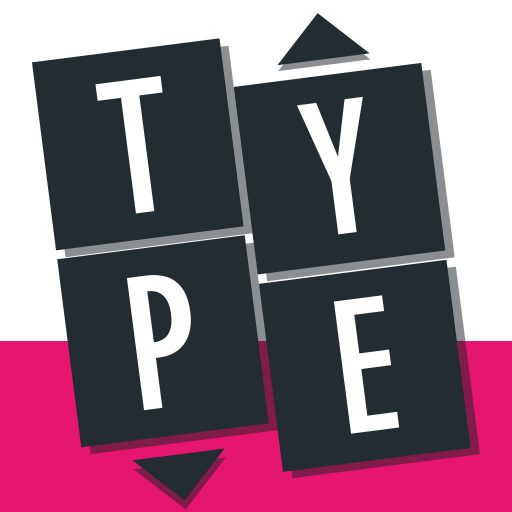 There are only two iOS games on my list this year, and this is the second of them; Typeshift. TypeShift is a word puzzle game that provides you with a set of characters and the object of the game is make words using all of the characters. The catch is that the characters appear in vertical lines and have to shift each line to create the words.

While my explanation may not make a lot of sense, once you begin playing you will catch on quickly. Typeshift has become one of the games that I play daily, besides Tetris Premium and Solitaire by Mobilityware. 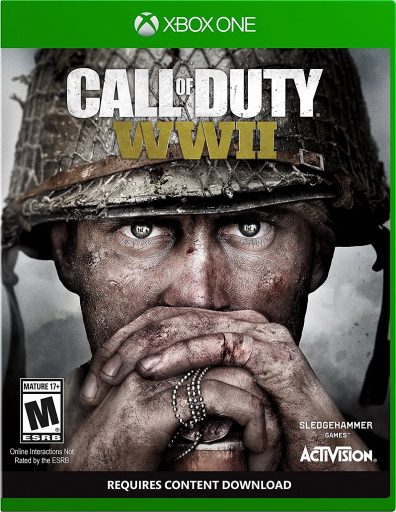 For me, first person shooters are the single player stories, which is the antithesis of the focus of the series for many gamers. Much like Wolfenstein II, some players did not like the single player story, but I did not mind it. It was not the best story, but you do play as a number of different characters in different scenarios which was a nice adaptation for the series.

I have only played a couple dozen online matches for Call of Duty: WWII and it is not likely that I will play many more. The online matches offer no real differentiation from pervious games and is one of the big reasons that it is number 7 on my list. If you enjoy the Call of Duty series and were hoping for it to go back to its roots, this is one that you might enjoy. 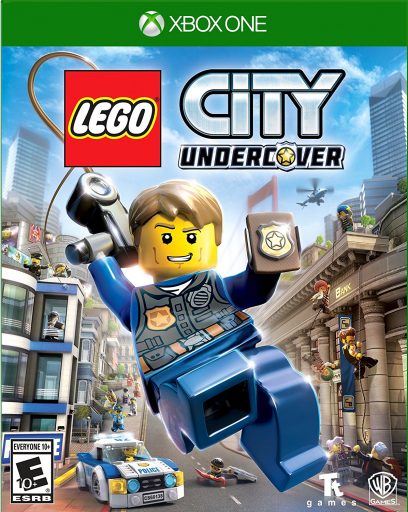 I enjoyed playing through the game again and unlike Lego Marvel Superheroes 2, I did get 100% on this one. Because I had played it did not rank up as high as other games, but that does not diminish from how fun it is. If you take the vast open world nature of Grand Theft Auto or Zelda and place it within a world of Lego characters you will get Lego City Undercover. Lego City Undercover contains hours of fun and will keep you occupied for a long time.

With it being the debut year for the Nintendo Switch there are a number of games that are being released for the console. One of those games is a remake of a classic Nintendo franchise, Bomberman. Super Bomberman R is a rebooted Bomberman game. I never really played any of the previous Bomberman games, but I enjoyed the story mode on this one. There are 50 levels to play through where you have to complete puzzles to defeat the robot enemies. As with most games, there are some levels that are tougher than others, but overall it is a good puzzle game that will keep you entertained. There is an online multiplayer component, but I have not played online 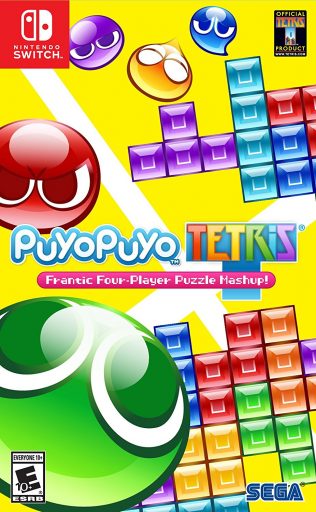 The last game in my list for this year is Puyo Puyo Tetris. Puyo Puyo Tetris takes two franchises, Puyo Puyo and Tetris and intersperses gameplay of both games into one. I originally purchased this game because it was a Tetris game. However, I was quite disappointed with the game overall. I am sure if you were a fan of Puyo Puyo as well as Tetris you would enjoy it. However, for me, it was not anything that I enjoyed.

Those are all of the game that I have played this year. The list may not be very long but I have played all of these games for more than a cursory amount of time. The one thing that I did not expect was to have two iOS games on my list, since my iOS devices are generally where I play most of my super casual games. Typically PCalc would not be included, but everything that James has done with the app, particularly with iOS 11, warrants its inclusion. It is not likely that I will play most of these games much in 2018, excluding maybe TypeShift and PCalc. I will likely go through Wolfenstein II again once the next one is released. I may dabble in Mario Kart and Super Mario Odyssey again, but once I finish a game I typically do not go back to it.

Depending on what games are released in 2018, as well as reaction to the list, I may do another list next year.