The 4th generation Apple TV was announced earlier this week and one of the aspects to its new tvOS is that applications can only be at most 200 megabytes. This has irked many developers and it has been speculated that this limitation may hinder adoption of the platform by developers. The 200 megabyte limitation means that saved games will need to be stored in iCloud Drive, and any content for the applications will need to be stored and downloaded from iCloud or from another server.

With iOS 9, this is not a problem, because tvOS is based upon iOS 9, and iOS 9 has a new feature called “On Demand Resources”. On Demand Resources will allow information to be downloaded prior to being needed, then used, and once no longer needed, possibly deleted from an iOS device if space needs to be cleared up.

While looking deeper into OS X 10.11 El Capitan and its Caching Service, this got me to thinking. What if Apple were to implement caching server on its next version of the Airport Extreme? 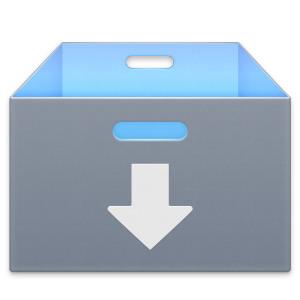 A bit of information about Caching Server. OS X 10.11 El Capitan’s Caching Server is capable of caching some content. This content could be one of the following:

With the caching server, all of the information that comes from iCloud is encrypted with keys that are only available on the device. The ability to cache some content locally could make the limitations of tvOS relatively moot points for some of the critics. Yes, a small segment of the population would likely buy such a product, but if it were an option on the next Airport Extreme, or Time Capsule, it could be a boon for users and developers alike.

If Apple really wanted to, they could create the Airport Extreme Pro, that would provide these features, or even just a dedicated Airport Caching device. Alternatively, Apple could allow, through a firmware update, anybody who has a Time Capsule or Airport Extreme with a hard drive attached, to dedicate some space to that. I know I would absolutely put some space aside to cache iCloud Content. It is just a thought that I had while doing some research.