Normally I do a single large review of Apple devices. For products like the Apple TV, where the updates that have been made are minimal, and this approach makes sense. With the iPhone X, however, there are so many new features and so many aspects that have changed. To keep it to a short review would not be giving the iPhone X its due. With this information, my iPhone X review requires a different approach. To that end, my iPhone X review will be broken into multiple reviews with each focusing on a different feature. The first of the is about the screen, but before we delve into that, let us briefly look at the models of the iPhone that have existed.

Each iPhone model has improved on the past ones and has brought its own new features to the iPhone lineup. The most common piece that is interacted with on each iPhone is indeed the screen.

The history of smartphone screens is as varied as the history of computer screens. Different technologies have been used throughout the year. The iPhone has only used glass for the screen, in particular gorilla glass by Corning. Besides being the toughest glass available, according to Corning, it has helped shape the iPhone into what it has become.

The iPhone 6 and iPhone 6 Plus changed the sizing again, to two entirely new screen sizes, 1334 pixels by 750 pixels for the iPhone 6; and for the first time on an iPhone a true 1080p screen, at 1920 by 1080 pixels, with the iPhone 6 Plus. The iPhone 6 Plus and subsequent releases, the iPhone 6s Plus, iPhone 7 Plus, and iPhone 8 Plus, assets needed to be at 3x resolution. These models then scaled these assets to accommodate the actual size of the screen.

While the iPhone was definitely not the first smartphone on the market, far from it. However, the original iPhone, when it was unveiled in January of 2007, was shown as the first smartphone to go screen only with no physical keyboard. While there were definitely those who doubted that the iPhone would sell and last, they were wrong. Beyond becoming a best selling series of phone as well as the most profitable, the original iPhone became the iconic representation of a smart phone. The iconic features included the square screen, rounded corners on bezel, and the home button.

The size of the iPhone remained unchanged until the iPhone 5, when the screen size went to a 4-inch screen, up from the iconic 3.5-inch screen. The size was the same for the 5s, but changed with the introduction of the next iPhone, the iPhone 6 and its larger version the iPhone 6 Plus. These two sizes then became the iconic smart phone depictions.

This definition of an iPhone has been updated again with the iPhone X. The iPhone X has removed the home button and significantly reduced the front bezels. The entire front is now glass with no home button. The removal of the home button changes not only the look and feel, but also the interaction methodology.

Besides the edge-to-edge bezel of the iPhone X, there is another change to the iPhone X screen, it is an OLED display. Apple calls the screen on the iPhone X a “Super Retina HD” display. One of the benefits of OLED is that the blacks that are shown can be even darker than those on traditional LEDs. What this means is that when you see a pixel, or set of pixels, that is black in color it is a bit darker than a black pixel on an LED screen. The same goes for white pixels as well. Ultimately, this means that the colors that can be shown can be even better.

One of Apple’s other products, the Apple Watch, has had an OLED screen since its first model. One of the recommendations from Apple is to make sure that the background of any watchOS app is black. This is not only done to make watchOS applications aesthetically pleasing but it is also for an additional reason.

The benefits of OLED over traditional LED includes lower power usage, versus traditional LEDs. OLED is able to only turn on the individual pixels as they are needed. By not always having to power on every pixel, battery life can be extended. While nobody will argue that any iPhone that can get better battery life is a good thing, having more battery life on a wearable is even more important.

There is another feature that is new to the iPhone that has not been in an iPhone before, but is present on the 10.5-inch iPad Pro, and the 2nd generation iPad Pro. That feature is High Dynamic Range, or HDR. HDR allows colors to be go beyond the traditional limits and uses a wider color gamut to make colors even more rich and vibrant. While HDR is easily noticeable with photos and with video. If you have a movie that support HDR, or Dolby Vision, you will be able to watch it with the enhanced colors. 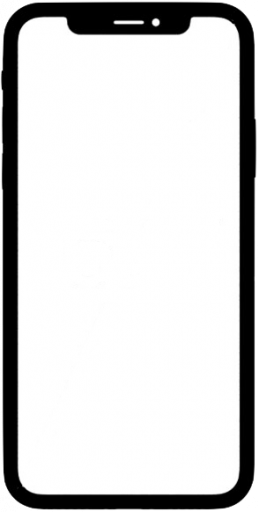 One of the most prominent features of the iPhone X, and the one that most users immediately notice, is the notch. The notch houses a number of sensors, which will all be discussed in a later article. But the notch itself is absolutely new. Never before has an iPhone had an edge to edge display, and one of the decisions that Apple had to make was how to be able to get everything onto the screen of the iPhone X. One possible way was to just have a black strip above the screen, but taking this route would create an asymmetrical and would wholly out of place.

There is no doubt that Apple attempted to get the sensors that occupy the notch, under the screen. However, Apple was not able to accomplish this, like they may have liked. Instead, the notch creates two areas where there is some areas for controls.

The notch does create a very distinct and unique look to the iPhone. It is very likely, that in a matter of time, when someone thinks of an iPhone, they will think of the screen design of the iPhone X.

With the iPhone X, this is the first time that the screen itself has been rounded. The new design introduces some new design challenges for developers. This aspect of the screen will be covered in another article. 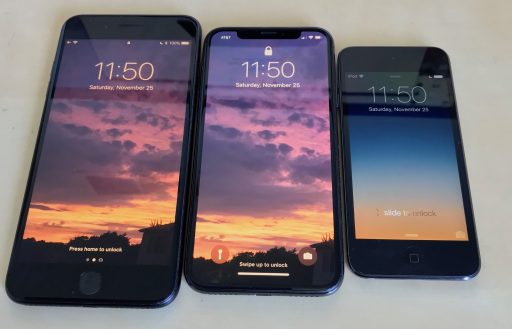 The iPhone X’s screen is the best screen that Apple has ever put on any of their products. The OLED display on the iPhone X really does make a huge difference when using the phone. The inclusion of HDR is absolutely noticeable if you are coming from a previous iPhone, and is seen particularly well when watching an HDR-enabled video.

The iPhone X’s screen size provides the largest screen on any iPhone, up to this point, and all in a slightly larger package than the iPhone 8. This will not be much of an adjustment for those who are accustom to the mid-sized phones of the iPhone 8, but may be an adjustment for those who have been using a plus-sized phone. There will be more about that in a later article. The next topic to be covered is a new feature that is exclusive to the iPhone X, for now. That feature is Face ID.