Apple has officially announced their September 9th event for 10AM Pacific at the Bill Graham Civic Auditorium in San Francisco. The tagline is “Hey Siri, give us a hint”. More on the tagline in a bit. But first, the rumors.

I have been reading the rumors of what will be announced. It is widely expected that new iPhones will be announced. They are presumed to be the iPhone 6s and iPhone 6s Plus. This would not be a stretch to expect these two items to be released. Some of the items rumored for this new phone is Force Touch. Force Touch is currently found on the Apple Watch as well as the trackpad in the 2015 MacBook Pros and the 2015 MacBook.

There seems to be a number of people who question what benefit Force Touch would bring to a phone. While others have touted potential benefits, it would seem that Apple would want to bring the technology to all of their devices. This could possibly come to fruition when paired with the rumored new Magic Mouse and keyboard. There has been no mention of a standalone trackpad, but one could easily see that coming in the future.

The second feature is a better camera, in particular a 12 Megapixel camera. The camera is one of the main features that many users, including myself, use to determine which iPhone to purchase. For me, since the iPhone is my primary camera, I want the best one possible. The second rumored feature for the camera is that it may be capable of shooting 4K video. 4K Video would absolutely be a benefit for the iPhone. While it would not be the first phone to be able to shoot 4K video, it would be the first iOS device to have this capability. Having the capability of shooting 4K video would mean that users would need a way to not only process the 4K video on a Mac, but also be able to show off the 4K video. A new Apple TV would be ideal for this task.

The second possibility for a new product is a new Apple TV. It was rumored that Apple would release a new Apple TV, completed with an App Store and Software Development Kit (SDK) for developers, at its 2015 World Wide Developer Conference (WWDC), which was held in June. This did not happen. The rumored features, besides an App Store and SDK, for the Apple TV has been 4K playback and a refreshed User Interface.

While 4K has been rumored, others have quashed the idea that a new Apple TV would be capable of playing back 4K Video. However, if the rumors of 4K video on an iPhone are true, then it would only make sense to have an Apple TV capable of displaying 4K content. Even if it only a user’s own generated 4K content. If Apple does not release an Apple TV with 4K display capabilities, it may limit the allure of being able to shoot 4K video on an iPhone, for most individuals.

There will definitely be a segment of the population that would shoot 4K video on an iPhone and then process it and use it for more than just showing off to friends and family. I could easily see a show like House of Cards using an iPhone Video shot in 4K in one of their episodes as a plot point. Even if the video was only to make sure it was not grainy when streaming in 4K.

It is not likely that Apple will announce a 21.5″ iMac that has a 4K monitor at the September 9th event. Instead, that could be announced at an October Event with the iPad. However, there are rumors that a 21.5″ iMac with a 4K monitor will be released. To go with the idea of releasing 4K capabilities on a number of Apple’s devices.

The tagline of “Hey Siri, give us a hint”. Is a good one. It is possible that Apple may unveil the capabilities for Siri to do more with iOS 9. Even if Siri does not do a lot more, they are using it to get some to use Siri on their iOS device and ask “Hey Siri, give us a hint”. When you do this, you may get a range of responses. Below are some of the ones that I have received. 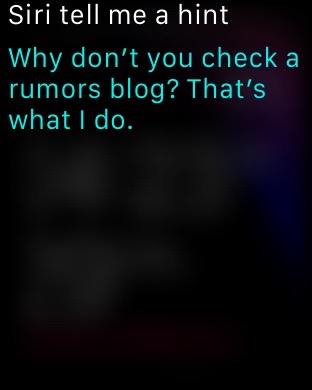 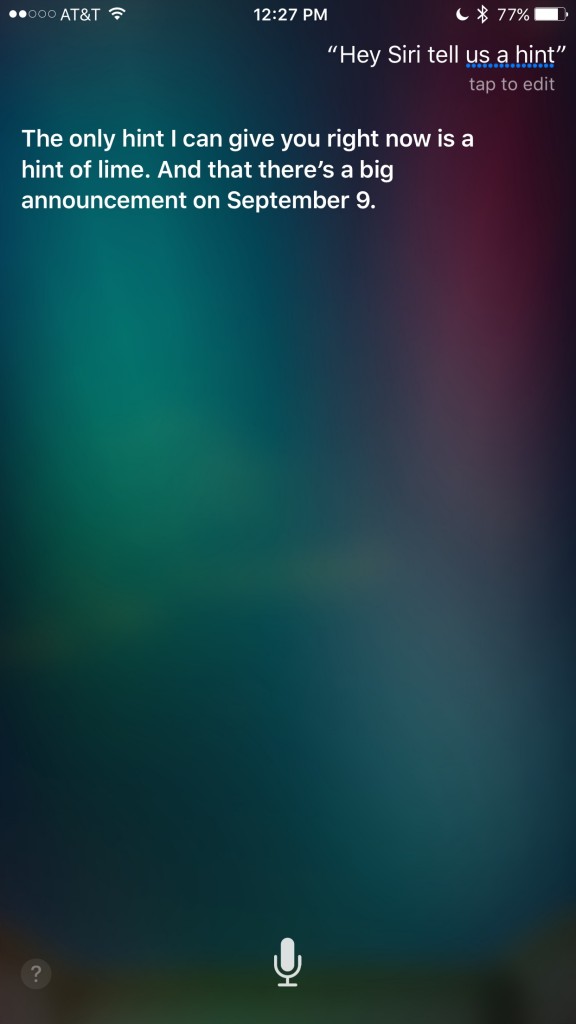 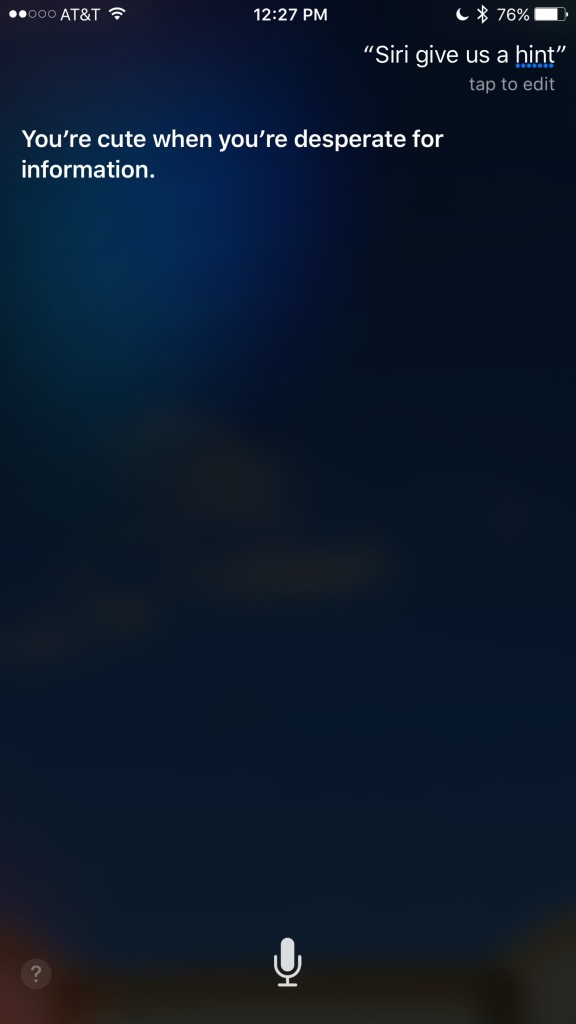 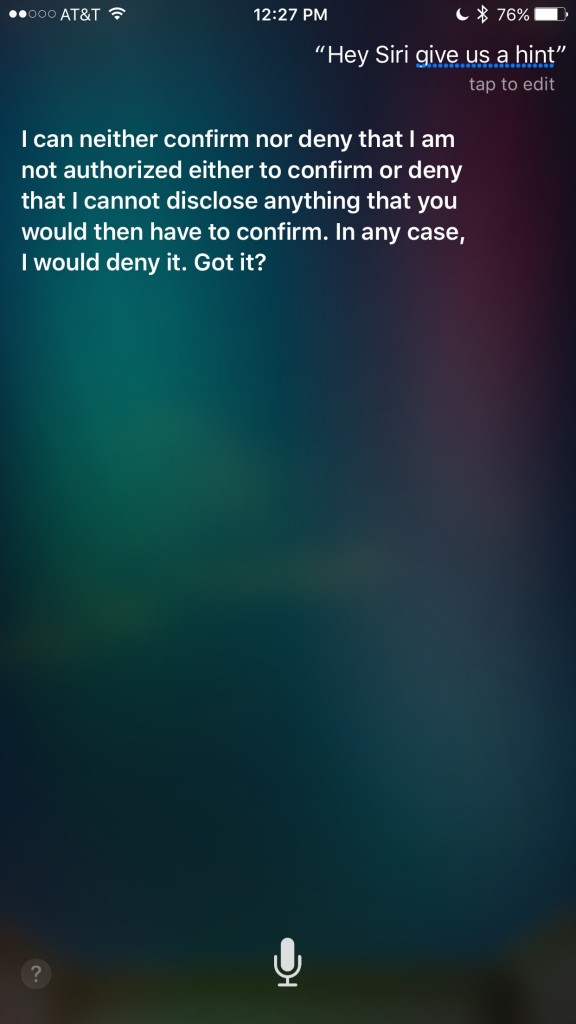 Regardless of what Apple announces on September 9th, it will be something. Once we know, we will have all of the details. Until then, we will just keep speculating.