At Apple’s event, they discussed iPads, Macs, and other items. If you want to read about the iPads, go check out this post. Right now, we will discuss the Macs. There were only a couple of updates to Mac, one somewhat minor, but the other being significant.

The Mac Mini, the lowest priced Mac in the line-up, was last updated in October of 2012, until today that is. The Mac Mini received a bunch of great updates. The first is that the lowest-end model is now $100 cheaper at $499. This is good news for those who are new the Mac, but before we decide if that is fantastic news, let us look at all of the specifications.

The second improvement is that they are now all running Intel’s 4th Generation Core series, codenamed Haswell. There are three models of the 2014 Mac Mini. The standard configurations all include dual-core Core i5 processors. Their speeds are 1.4GHz, 2.6GHZ, and 2.8GHz. The 2.6GHz and 2.8GHz models are able to be configured to use a 3.0GHz dual-core i7 processor.

The memory configurations start at 4GB for the 1.4GHz model, and 8GB for the 2.6GHz and 2.8GHz models. All three of these can be configured for up to 16GB of memory. These are still DDR3, however they are now Low-powered memory chips.

The Mac Mini uses integrated graphics, so with the upgrade to the 4th Generation chips, the graphics have improved. On the 1.4GHz model, this now includes Intel HD 5000 Graphics, on the 2.6GHz and 2.8GHz models use Intel’s Iris Graphics.

Connectivity within the Mac Mini has also been slightly upgraded. The device now contains 802.11AC, which will provide faster wireless access.

The Mac Mini is available to purchase now, and ships in 1 to 3 business days. 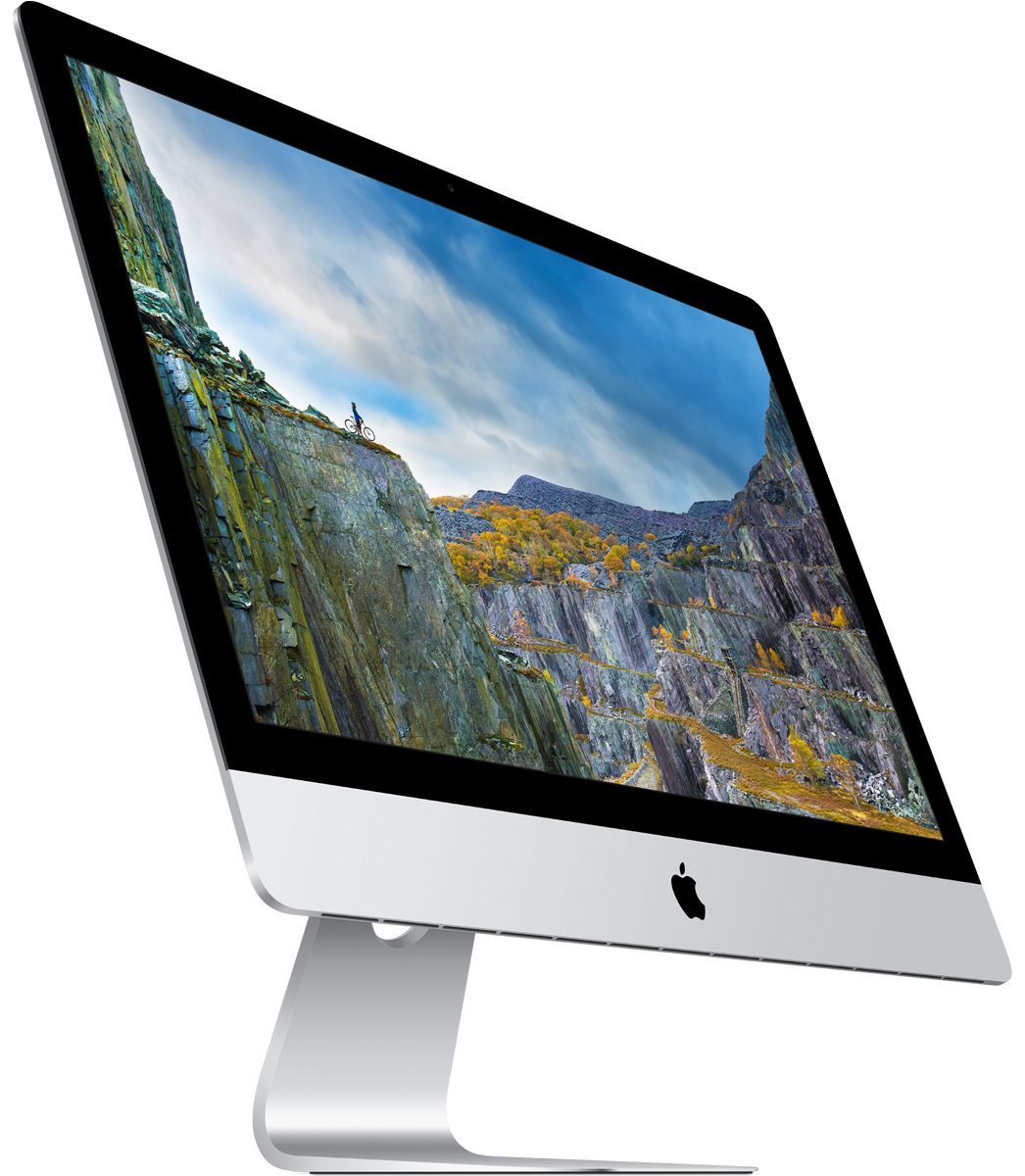 The first of these technologies is the Timing Controller, also called the TCon. This controller handles the coordination between all of the pixels on the display. According to Apple, there was no timing controller to handle the 5K display, so they had to create a custom one. Apple’s TCon can handle 4 times the bandwidth, and up to 40 Gigabits per second. This is the same speed as Two Thunderbolt 2 ports working in parallel. As a side-effect, the 27″ iMac with 5K Retina Display cannot be used in Target Display Mode. Now that the unique technology has been discussed, let us talk about the specifications.

The processor for the iMac with 5K Retina Display is a quad-core Intel Core i5 running at 3.5GHz and can Turbo Boost up to 3.9GHz. The processor can be configured for a 4.0GHz (that can Turbo up to 4.4GHz).

The default memory is 8GB (which seems low for this model) of 1600MHz DDR3 memory. This is configurable up to 32GB. There are four ports that are user accessible, which is the same as the standard 27″ iMac.

The graphic card on the 27″ iMac with 5K Retina Display is an AMD Radeon R9 M290X with 2GB of GDDR5. This is configurable to an AMD R9 M295X with 4GB of GDDR5 memory. This processor is needed to drive all of the pixels in the 5K Display.

The ports available on the iMac 5K with Retina are the same as the regular 27″ iMac. These include four USB 3 ports, two Thunderbolt 2 ports, a Gigabit Ethernet, and an SDXC card slot. The iMac with 5K Retina Display is capable of handling an external display up to 3840 by 2160 pixels.

The iMac with 5K Retina Display is available today and begins at $2499 for the base model.

Even though none of the other Macs received updates, the one that was updated and the new one released have kept the Mac line fresh. The introduction of the 27″ iMac with 5K Retina Display brings an additional device in the iMac to the lineup. The 5K Retina screen option will be a great improvement for those who can benefit from the device. The updated Mac Mini will bring even more users into the fold. The biggest aspect of this may be the $499 price point. The biggest surprise is that everything is available today.