At the WWDC 2019 Keynote Apple unveiled a whole lot with their operating systems, tvOS, watchOs, iOS, iPadOS, and macOS. However, they also showed a preview of the all new Mac Pro and Pro Display XDR. Let us look at each of these in turn. These will not be super in-depth dives into the products, but just a general overview.

The Mac Pro has always been for the most power hungry of applications. This could be anything from video editing to audio production or even building machine learning models. The Mac Pro is not designed to be a consumer device, not in the slightest.

The Mac Pro has an all new chassis. It is made of Stainless Steel and should accommodate a variety of different components. The front and back of the case have vents that are designed to allow air to flow over the components. The cooling with will be needed.

The motherboard consists of eight PCI Express slots. This includes four double-wide slots, three single-wide slots, and one half-length slot, which is pre-configured with Apple’s own I/O card.

One of the main uses of the Mac Pro is for use with graphically heavy tasks. This includes video editing. The Mac Pro has you covered there too. Apple has created a new module, called the Mac Pro Expansion Module, or MPX Module.

The MPX Module is designed to provide even more power, up to 500 Watts. This is done by taking a standard PCI Express and adding a second connector to integrate thunderbolt and provide even more capabilities. You then take the connector and connect a second graphics for even more processing. Yes, you can get two Radeon Pro Vega II graphics cards in a single MPX module. You can even have two of these modules in the Mac Pro.

Afterburner is an Apple-designed hardware accelerator with over one million logic cells that can process up to 6.3 billion pixels per second. What does this mean? It means that you can process three streams of 8K ProRes RAW or 12 streams of 4K ProRes Raw, simultaneously.

The Mac Pro come with 256GB of storage standard, but can be configured for 1TB, 2TB, or 4TB. All of this is encrypted with the built-in T2 Security Chip. So everything will be more secure, to the booting of macOS to the items stored on the Mac Pro.

The Mac Pro comes with four Thunderbolt 3 ports, two USB-A ports, and two 10Gb Ethernet ports. It should also be noted that there is in fact a 3.5mm Headphone connection should you require one. It also comes with 802.11AC wireless, and Bluetooth 5.0.

The Mac Pro is not a small machine. It is approximately 21-inches tall by 18 inches deep by 8.6 inches wide. For the more metric minded this is 53cm tall, 45cm deep, and 22cm wide. If you include the optional wheels the height comes to 21.9 inches, or approximately 56cm tall.

The Mac Pro comes in at almost 40 pounds, or 18 kilograms. This is not a light machine.

To go with the new Mac Pro is a whole new Display, the Pro Display XDR.

When Apple discontinued the Cinema Display line, it was presumed that Apple would get out of the display business, except for its own integrated displays. This was the original plan, however when it came to building a new Mac Pro, they had to have a display to go with it.

The Pro Display XDR is a behemoth. It is a 32-inch display Retina 6K Display. It can support up to 1600 nits of brightness with a contrast ratio of 1 million to 1.

The Pro Display XDR goes beyond traditional High Dynamic Range and provides even more. It does this by providing 1000 nits of full-screen sustained brightness. You get 10-bit color and the P3 wide-color gamut for those times when you need to have just the right color. There is also a wider viewing angle than most displays, which Apple states is 25x better for off-axis contrast as compared to a typical LCD.

One area that can become problematic for users is glare. To work against this Apple has crated a Matte version of its display that includes an etched Nano-texture glass which will reduce the glare and significantly reduce the hazing that can be seen with other matte finishes.

Each display is calibrate at the factor and should produce the best image possible.

There is some connectivity on the Pro Display XDR as well. It includes one Thunderbolt 3/USB-C port, and three USB-C ports. The Thunderbolt port is so you can connect it to your Mac and the USB-C ports allow you to charge and connect devices. These devices will only run at USB2 speeds though, not USB3. This means that you can use the Display for expansion or connecting other accessories.

One accessory for the Pro Display XDR is the stand. The Pro Stand can be adjusted for height, tile, and it can even rotate so you can view something in Portrait if you need to.

The Mac Pro and Pro Display XDR are not meant for consumers, and the prices reflect this. The Mac Pro is designed to allow professionals get the most out of their machines. The range of options, along with the modularity, means that professionals will be able to configure their Mac Pro to their exact needs, from the most basic to the most extreme.

The Pro Display XDR is the monitor of monitors. It supports a whole range of capabilities, including 10-bit color, P3 Color Display, and the price reflects that.

If you were to get a base model Mac Pro, a Pro Display XDR with the Stand, it will set you back almost $12,000 and that’s just the base price. It goes up from there. For those who need it, it looks like the Mac Pro and Pro Display XDR will be a great solution. They should both be available this fall.

As most may be aware, Apple is a very secretive company. Apple prefers to keep to themselves until they are ready to announce a product. There are only a few times when Apple will reveal a product before it is available. A few of the product that they have done so include the iPhone, the Apple TV, and the 2013 Mac Pro.

It is not often that Apple reveals what they are working on. However, Apple has done just that, although not as explicitly as they did with the iPhone or the Apple TV. Apple invited a handful of journalists to visit their “Machine Lab” on Apple’s campus across from One Infinite Loop. Apple did not show off any physical product, but they did describe what they are working on.

In June of 2013, at their World Wide Developer Conference, Phil Schiller unveiled that Apple was working on a revolutionary design for their high-end Mac Pro. This came on the heels of many “pundits” indicating that Apple lost its way. This lead to Schiller giving the infamous “Can’t innovate my ass” quote. This is when Apple unveiled the all new Mac Pro. 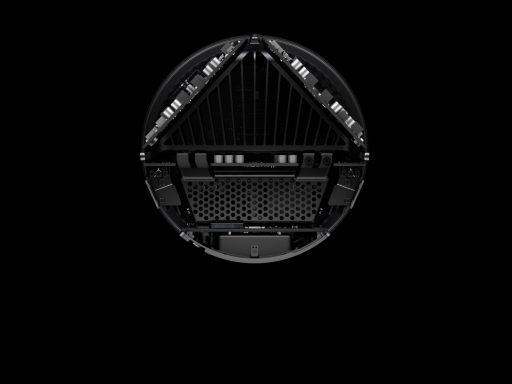 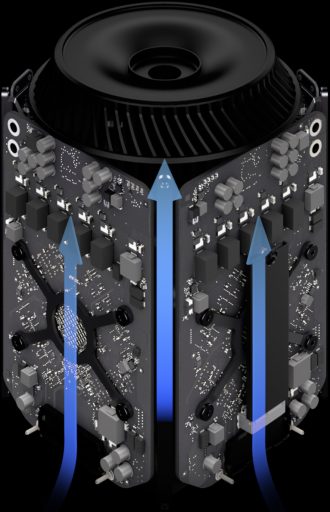 The exterior of the Mac Pro is smooth. However, from Apple’s own wording, the interior design, while ambitious, has ultimately not worked out as well as they would have hoped. In reality, the tolerances for the thermal core were too close and if Apple changed any of the internal components, the Mac Pro would not be able to work properly. 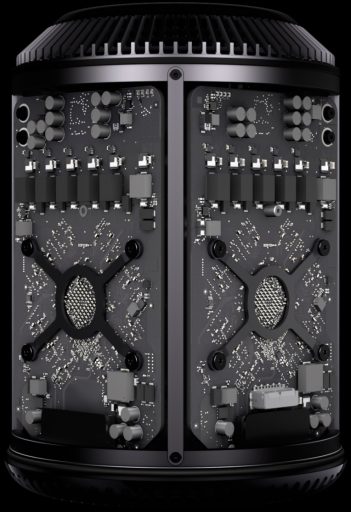 At this same meeting, Apple did provide some details on their new Mac Pro. Apple is currently working on a new modular Mac Pro. The modularity is not necessarily end-user modularity, but more likely, for Apple to be able to upgrade the Mac Pro on a more regular basis, but it will not be with the current form factor. Apple indicated that this new Mac Pro will “not be available this year”.

Alongside the new Mac Pro, Apple also indicated that it is working on a new display. This goes against what some reports indicated before. Previously, it was reported that Apple was completely out of the display game, since Apple partnered with LG to work on the LG Ultrafine 5k Display that was introduced in the fall with the MacBook Pro with Touchbar.

Apple did not give any more specific information about the Mac Pro. However, they did mention that they are working on a new iMac model that is geared towards professionals. What this entails, is not entirely clear. It is entirely possible that Apple will have even more powerful processors, and possibly even higher maximum amounts of memory. One of the better items that Apple could put into an iMac Pro would be a 6 or 8 core-processor with the possibility of having 64 or 128GBs of memory.