When Apple introduced HomeKit back it 2014 at its World Wide Development Conference (WWDC), the idea of an internet connected home intrigued me. The idea of a connected home is definitely not a new concept. It is one that has been dreamt of by Sci-fi authors of the 1950’s, and possibly even earlier than that, but is just now emerging as one that might be plausible, should someone truly want to attempt it.

There are many different problems that could arise from creating an internet-connected home. Besides the cost, which would not necessarily be an insignificant amount, the second biggest issues would be the competing standards. Right now, there are three competing standards, ZigBee, Z-Wave, and HomeKit. This article will focus on HomeKit.

There are times that we are looking for a solution and we find one, we tend to want to implement the solution everywhere. While writing my Hue Lights Starter Kit to work with the new Home app in iOS 10. One of the things I contemplated was where to put the lights. I opted to put one in the master bedroom and one in the living room. The reason for choosing these is because these where the only two locations where I could feasibly add connected lights. Let me explain,

After a couple of weeks of using the lights, it crossed my mind to go ahead and replace all of the lights in my house with connected light bulbs. The total number of light bulbs would be 55 bulbs total. Of these, I am sure that I could replace 46 of these with the same type of light bulbs that I have now. The Philips Hue hub would be able to handle all of these bulbs, so that would not be a problem. There is one problem that is not necessarily insurmountable, it would just require time. But, before that, there may be other issues as well.

The first issue is dealing with power. Not necessarily power being removed from the home, however that is an issue for anyone, even if they use non-connected lights. No, the issue that I am referring to is the light switches. The issue with internet connected devices, and in particular light bulbs, is that if power is removed, even through the act of flipping a light switch, the connected light bulbs will not operate. 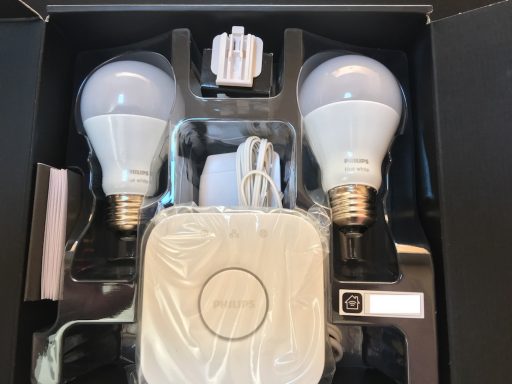 As you might have guessed, this is the issue that would take some time to overcome. The act of flipping on and off a light is one that has become second nature to almost everyone in modern society. Let us presume that one would take the initiative to replace all of their standard lights, and just go ahead and decide to keep all of their light switches in the “on” position. There is another issue, others.

An alternative solution to this would be install the lights, and remove the light switches entirely. This solution, while doable and for all intents impractical today, would be the solution that Sci-Fi authors predicted in the 1950’s and in all likelihood, may be a solution that is feasible in the not too distant future.

As one might be aware, not everybody is the most technologically savvy. There are some that do not like to use a technological solution for what many might consider a simple process. These individuals may not be willing to embrace the new functions of HomeKit, when their existing solutions suffice for their needs.

The last issue is more of a theoretical one. The Home app allows you to invite anyone to be able to adjust the settings on a home that you have configured. If your family is one that is more willing, technologically speaking, to use their iOS devices to control the home, they will have full control. If you have any tricksters in your family, you may want to limit their ability to have access to the lights, unless you want the lights to be turning on and off whenever they fancy. This could be particularly unnerving if they start messing with the lights remotely.

While iOS 10’s new Home app will make it simple to go ahead and create elaborate setups of internet connected devices, replacing all one’s lights with HomeKit-enabled ones, it may not always be best to do so. While internet-connected lights can make some things convenient, it may not be best to be all gung-ho and replace all of your current lights. However, adding them strategically may be able to make life just a tad bit easier for everyone. Despite all of this, if it makes sense for you to add lights, do so in a manner that makes the most sense for you.