I have been gaming for quite a long time now. Since my teens I have primarily been focusing on playing First Person Shooters. The series that I tend to play include Call of Duty, Battlefield, Duke Nukem, and Wolfenstein, among others.

Along with the first person shooter genre, I have also played other genres of games. As I have written on this site and others, I have reviewed a few of the Lego-based video games, and will likely review another one in the future, once it is released. Beside these, I also enjoy puzzlers like Portal and Portal 2.

But I am not here to review a game within those categories, but instead, FireWatch. FireWatch is developed by Campo Santo and Panic Software.

Firewatch is $19.99 and is available from Steam for PC and Macs, as well as for the Playstation 4. The requirements for the game include a Geforce 450 with 1GB of memory, 6GB of RAM and 4GB of storage space. On the Mac side it requires a 2011 Mac, running OS X 10.8 Mountain Lion or later, with a discrete graphics card with 1GB of RAM. The discrete graphics card is a requirement.

The game is a first person mystery game. You are Henry, and you have come out to Wyoming to get away from life. You are equipped with a very limited number of items, the primary one being a radio. On the other end of the radio is a woman named Delilah, who is your boss. Throughout the game, additional items are provided, but the best of all, none of them are weapons. I will not give away anything that happens.

It is not a long game, it took me approximately four hours to complete the game. I finished the story, but did not inspect every single area possible. You can explore many different areas of the game. Since there are no weapons, it makes the game a bit simpler and appealing to a broader range of users.

The game is very visually appealing. The graphics are stunning and I love the scenery and the views. The game takes place at different times throughout the day, so you can see different scenes. Ones that include sunrise, daylight, sunset and even at night. The variety of times that you play, works very well with the story and only enhances and heightens the emotionality of the game. 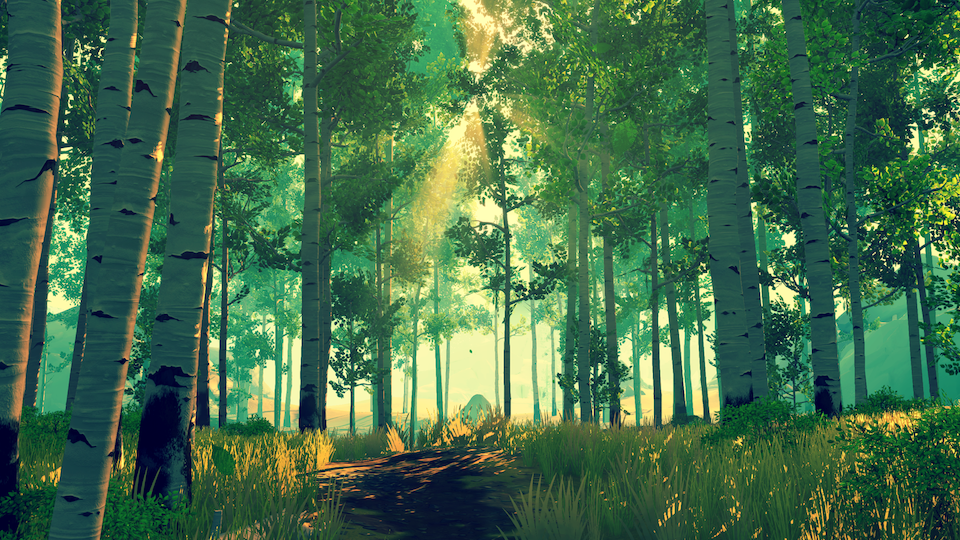 While playing the game there were several times that I experienced stuttering audio. It was not that there was stuttering, but the stuttering made the audio completely un-listenable. I had subtitles on, so I was able to follow along. Given that the game is only about three weeks old, I’m sure the issue will be fixed, but it still made it difficult to hear the game. That was it in terms of issues. Only the audio was an issue.

Even though Firewatch is a short game, it is a fantastic game. From the moment that you start the game until the end, the game plays on your emotions. If you do not feel something while playing the game, it may be best to re-evaluate your life. The game goes very deep. I do not think a game has really made me think this much since I played The Last of Us. I finished the game about two hours ago and I am already thinking that I need to replay the game.

If you enjoy games that make you think, I would absolutely recommend getting Firewatch. It will be well worth the price. If I had to sum it up in six words: “Buy it and play it today.”