Black Friday and Cyber Monday is a good time to find some deals. I began looking at different movies that people may like.

Here are some of the deals I found. These will likely expire on November 28th, 2017. These are just a sampling of the deals that are available. All of the deals available from Amazon can be found on Amazon’s Cyber Monday deals page. 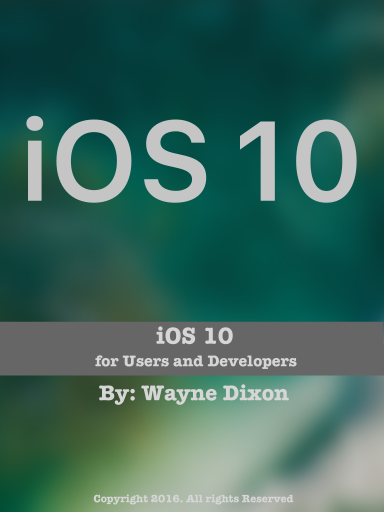 As with previous years, iOS 10 for Users and Developers is now available for pre-order from Amazon. It costs $3.99, or the equivalent around the world. 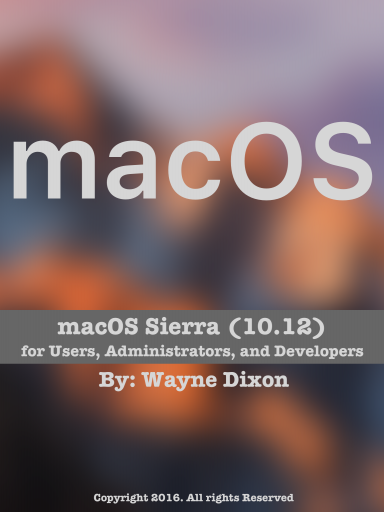 Just like the iOS 10 book, macOS Sierra for Users, Administrators, and Developers is available for pre-order Amazon. It will cost $3.99, or nearly that around the world.

I don’t normally post links to sales because they are always changing. If you hadn’t noticed there aren’t many (or any) ads on the site. So I thought with Amazon Prime day being upon us, I’d do a post about Prime Day. If you do shop on Amazon, I’d appreciate if you’d use any of the links below to do so.

Amazon has dubbed July 12th as Amazon Prime Day. Amazon Prime Day is a day when Amazon Prime members can get deals on a variety of products. Last year the deals were not the best selection. This year is a bit different.
This year, Amazon has some decent deals. Some of the items include Xbox One consoles starting at $279.99, a 55″ 4K Samsung HDTV for $649, and many other products.

As one might expect, Amazon is also having deals on its own devices. If you were in the market for an Amazon Echo, an Amazon Tap, or any one of the myriad Kindles, all of these are on sale today.

You can shop all of the Amazon Prime deals right now. As with all other Prime deals, these will not last forever. So it is best to look at the deals and get in on the goods before they are all snapped up. If you are not an Amazon Prime member you can easily become one today.

It is the season to watch halloween-based or scary movies. Now I have my list of halloween/scary movie that I watch every year. The list is at the end of this article. Weirdly, I had watched all of the movies that I normally see so I went looking for more.

I subscribe to Netflix and have an Amazon Prime account. While looking for movies it occurred to me that neither of these two services has a list of halloween/scary movies. Sure, they both have the capability to search based on genre, as well as suggestions for similar titles, but they do not have a list of available halloween-based movies. The closest that either service comes, is when Netflix suggests “Titles related to”. This at least shows similar movies.

I find it quite strange that neither of these services provides this functionality. I know it would take some on-going man power to accomplish, but in the end it would provide some good will with their customers.

It may be too late to do a list for Halloween movies, but they could easily do ones for Thanksgiving and definitely Christmas.

Beginning January 1st, 2015, prepare for E-book prices in the European Union (EU) to rise. There reason for increased e-book prices is because the EU is going to be changing the rules on Value Added Tax (VAT) that is require for e-book prices. Currently, e-book retailers like Amazon and Apple have been using the Distributor’s country of origin, Luxembourg, as the rate for VAT. Why choose Luxembourg, it is quite simple, they have the lowest VAT out of all EU countries at 3%.

The rules for online purchases are changing. Instead of being based on the distributor’s country of origin, VAT must now be based upon the purchaser’s country. This means that publishers will need to adjust their prices on Amazon and Apple.

Publishers should have received emails from both Amazon and Apple regarding these changes. Within Amazon’s email, they stated that they will automatically make the necessary adjustments, on or shortly after January 1st, 2015. However, Apple states:

The customer prices you deliver to iBooks are customer facing prices which include VAT, while Apple’s commission and the publisher’s proceeds are calculated after VAT is deducted. We will not be making any automatic adjustments to your prices to reflect any new VAT rates. Unless you update your prices on iBooks, your proceeds for some book sales in the EU may change.

See the table at the bottom of the page for what the new VAT rates will be in each country.

The differing approaches to e-book pricing has me thinking “Where should the burden lie for making adjustments to e-book prices?”. Should the burden be placed on the publisher to manually adjusts all of their prices, or should this be a service of the e-book distributor (Amazon and Apple). I am honestly not sure where the responsibility should be placed. Currently, if the publisher is solely responsible for setting prices, and the distributor does not modify the price in anyway, shape or form, as is the case with Apple, then the publisher should be responsible for setting the prices. However, if the distributor has ultimate discretion over pricing, as is the case with Amazon, then the distributor should be increasing the price.

There are some that will argue that the distributor should automatically be updating the price, and I can see this argument. However, Apple is forcing publishers to change their prices. With Apple, you can schedule the date that a new price goes into effect, so you do not have to do this on January 1st. Conversely, Amazon does not allow you to do this, likely why Amazon is going to handle updating the prices on the publisher’s behalf.

I have created an E-book pricing calculator, so you can calculate the minimum amount you would need to set your e-book at in each country in order to take into account of VAT, and maintain the same general revenue from each book sale.