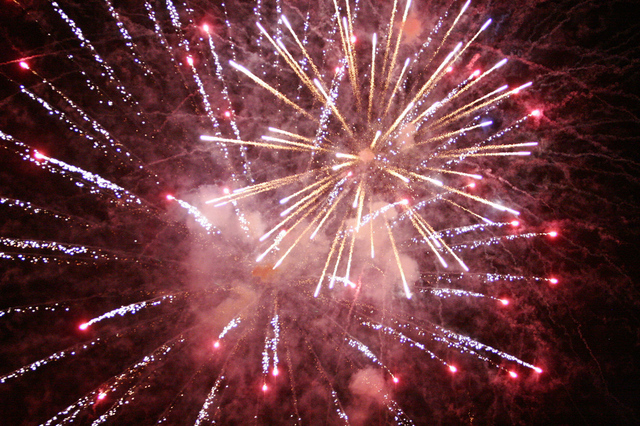 I have just finished going through my RSS feeds, for my Daily Run Down posts, for the last time. After many weeks of contemplation, I have decided to stop publishing the Daily Run Down. I have been publishing stories daily since October 20, 2009. You view the first one here. When I began following the news, I originally did my ‘Stories of the Week’, but this became problematic and began finding ways to automate the task and have done so. There really is not much for me to do, in terms of posting, it is all automated. The hardest part is going through my 1500+ items in my RSS feeds per day. It was this time last year that I added categories to the site for better organization. Last November, November 9th to be exact, I began publishing two Daily Run Down articles per day. On May 23rd, 2010 I added the “Historical Edition” of the Daily Run Down. These were published weekly, mostly because news on the weekends, and particularly Sundays, is quite slow. Both the Historical Daily Run Down and regular Daily Run Down will no longer be published.

This decision is partly inspired by some comments Marco Arment made regarding why he sold Instapaper and then subsequently sold The Magazine. I think the comments were made on on the 5by5 show, Quit! Marco was on episode #21: Quit & Analyze.

Over the years there have been stories of little consequence, like the “Antennagate” “scandal” revolving around the iPhone 4 and big stories, like Osama Bin Laden being killed and the death of Steve Jobs and Barack Obama being elected President. One thing I have learned is that no matter how much you try to keep up, there will also be more and more news.

You could say the decision to stop publishing my Daily Run Down on July 4th is in the spirit of independence. To some degree you would be right. However, that is not the intent behind my decision. Sure, it does reduce the feeling of being compelled to keep up on the news and make sure to go through all of my RSS feeds just to make sure there were stories to be published, but the amount of time it takes to keep up was just becoming too much. I could have tried to reduce the number of feeds, but that would have only reduced the story load. It ultimately comes down to me not being into keeping up and publishing news on a daily basis. Sometimes, when your heart just isn’t into something, it may be time to let it go. This is completely the case, for me, with the news and thus, why I am no longer publishing my Daily Run Down.

I know some people do use my Daily Run Down to keep abreast of the news but in all honestly keeping up with the news has become burdensome. In the last few months, and increasingly in the last few weeks, my heart is just not into keeping up with the news anymore. The same feeling became evident when I decided to stopp writing for Macgasm on a regular basis. I realized it was time to quit, which was two years ago now, because I was burned out. I was burned out on keeping up with the Mac news and always having to try and be first. When I realized that it was not working well for me anymore, I decided to stop writing for the site. I still do write a lengthy review of OS X Server, and am still planning on doing so again this year, but I do not regularly write for the site anymore. I had written for the site for over 3 1/2 years when I realized I had become burned out. The requested number of stories was two per week, which is not many, but sometimes there were some very slow news weeks and trying to find something to write became problematic.

During my time reading the news, many of the stories were items that I picked just by the headline. There was no way that I would be able to read every single word of every single story that I shared, it would have been impossible to accomplish. The final “nail in the coffin” was when I recently realized that I was hitting “mark all as read” a lot more often than I had in the past, just to clear out the feeds and reduce the number of stories I had to read. This was when I really knew I was burned out on the news and it was time to stop publishing.

I’m not saying that I will not be following the news, I will; it will just be a much lighter load. I will be able to reduce the number of feeds I follow and the feeds that I will read will most likely be targeted towards sites that I really want to read, absorb and digest in a more complete manner. If I do manage to come across an article that I must share, I will post it on the site, but it will only include parts of the article that I wish share, comment on, or elaborate on, instead of just a list, like it is now.

In terms of the future of the site, instead of publishing a list of stories every day, I may try focusing on more specific, and thus more in-depth, stories and my thoughts behind them, along with implications. I have not fully decided on whether or not to do in-depth stories. In conjunction with that, I cannot say if I will resurrect the Daily Run Down at some point in the future.

What I do know is that I will be focusing on some projects that will be very time consuming, including two e-books, and completely re-writing a webapp. As for the e-books, one will be on iOS 7 and the other will be on OS X 10.9 Mavericks. I also have my apps which have been severely neglected and are in definite need of an updates and complete rewrites. I would love to try and create a new application that utilizes the latest and greatest features of iOS 7, but I have not yet had a chance to come up with a good concept for an application.

Now that I have finished reading the last of my feeds for the final post, I can begin reducing the number of feeds that I follow. It will definitely be difficult to adjust to to the change in my reading habits, However, the first thing I need to do is remove the “send to” options that I have on my RSS reader, just so I’m not tempted to share stories. I do hope you will continue to read the site to stay up to date on the goings on and look for the in-depth articles, should I decide to write them.