Today Apple announced held their October event, “There’s More in the Making”. This was held in Brooklyn, New York. Apple announced a bunch of new products. Let us look at each of them, starting with the Macs.

The MacBook Air also comes with 8GB of memory standard and 128GB of flash storage. The memory can be configured up to 16GB and the flash can be upgraded to 256GB, 512GB, or 1.5TB. 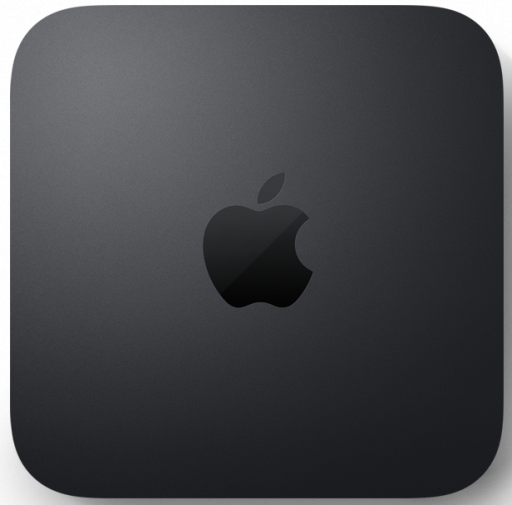 The Mac mini was introduced back in early 2005. At its initial release, and with subsequent updates it was positioned as an entry-level Mac that would be great for new Mac users to bring your existing keyboard, display, and mouse and replace your old device. The Mac mini has not been updated since October of 2014, so four years old. Today, that has changed with a brand new update.

The new Mac mini has all re-designed internals. This start with the all new flash-only storage options. These options are 128GB, 256GB, 512GB, 1TB, or 2TB.

To go along with the flash options, there are some additional memory options as well. 8GB is standard, but you can configure 16GB, 32GB, or even 64GB of memory.

The new Mac mini starts at $799. You can order it today and it will ship next week.

The new MacBook Air and Mac mini are great updates to machines that have been a long time coming and will be welcome to users who are looking to upgrade their existing machines.

Earlier this week Apple sent out an email to affiliate members indicating some changes that will be taking place as of October 1st. Here is the email that was sent:

This will have some impact on some websites who rely on affiliate links from iOS apps, Mac apps, and in-app purchases to run their business. At least there is some heads up on this. This has been preceded by Apple reducing the payout from 7% to 2.5%. So it was inevitable that this would be the case that these would be removed.

I am not impact much by this because the website does not rely on affiliate links. I am curious to see how long the affiliate program lasts overall. I would not be surprised if it goes away in the future. It may take a couple of years, but it is possible that it will be stopped in the future.

I did not write about this last week when it happened, because it appears as though there is a barrage of negative stories about Apple and with everything going on the world, who needs additional stories to get riled up about. Last week Dave Lee posted a video that showed that the Core i9 model of the 2018 MacBook Pro was throttling down its CPU under heavy loads. If you were to buy one of these computers, you would expect it to work really well, regardless of how much load the computer was under.

When the video was released many were skeptical that this was actually the case, and if it was indeed the case, that it was a design flaw with the MacBook Pro. It appears as though it is not a design flaw, but in fact it is a bug with the new 2018 MacBook Pros. Here is Apple’s statement:

Following extensive performance testing under numerous workloads, we’ve identified that there is a missing digital key in the firmware that impacts the thermal management system and could drive clock speeds down under heavy thermal loads on the new MacBook Pro. A bug fix is included in today’s macOS High Sierra 10.13.6 Supplemental Update and is recommended. We apologize to any customer who has experienced less than optimal performance on their new systems. Customers can expect the new 15-inch MacBook Pro to be up to 70% faster, and the 13-inch MacBook Pro with Touch Bar to be up to 2X faster, as shown in the performance results on our website.

This means that it is not the hardware itself that was the issue, but in fact it is software related. It is good to see that Apple took this seriously and found the cause of the issue. This bug affects the 13-inch models as well as the Core i7 and Core i9 15-inch models. It is highly recommended that you get the supplemental update to fix the issue. You can download it via the Updates tab in the Mac App Store, or by downloading it directly from Apple’s support page.

All 13-inch and 15-inch MacBook Pro with Touch Bar models come with four Thunderbolt 3 ports, a brand new T2 processor, which supports “Hey Siri”, and the Retina Displays are now True Tone displays. The biggest question is the keyboard. The 2018 MacBook Pro with Touch Bar has a third-generation keyboard, which is quieter than previous models. It is presumed that the new keyboards will not experience the same issues as the previous models, but that is not known yet and only time will be able to tell us for sure whether or not they are improved.

There are a couple of other things to note. The first is that the old 2015 MacBook Pro that Apple was selling, is no longer available. Similarly, 13-inch MacBook Pros without Touch Bar have not been updated. These are still the same as before. Similarly, there have not been any other laptop updates.

It is good to see Apple update the MacBook Pro with Touch Bar. The specs will definitely be welcome, in particular the 6-core processors in the 15-inch models. The ability to choose up to 4TB of storage and 32GB will be great for those users who need that much storage and memory. If you really need the external graphical processing, it is great to see new hardware for those users as well. You can order the 2018 MacBook Pros today.

Late on Friday Apple announced that they are creating a Keyboard Service Program for a range of their laptops. There have been many reports of users having keys that stick, letters not being shown, or a key that gets repeatedly pressed even if you only press a key once.

If you have one of these laptops and are experiencing any of the keyboard issues, you can contact Apple, or Apple Authorized Reseller, and setup an appointment. If you have already paid to have your keyboard fixed, you can get a refund.

It is good that Apple has recognized that this is an issue but this is not new. This has been going on for over three years and this way overdue. What is worse is that if you got any dust under the keys, they would stop working and the “fix” to use compressed air at a 75 degree angle is not acceptable for most users.

I hope that any future updates to the keyboard will not have these issues, but there have not been any updates since last summer. Only time will be able to tell if this was a small time-frame where laptop keyboards were problematic or if this is an on-going issue.