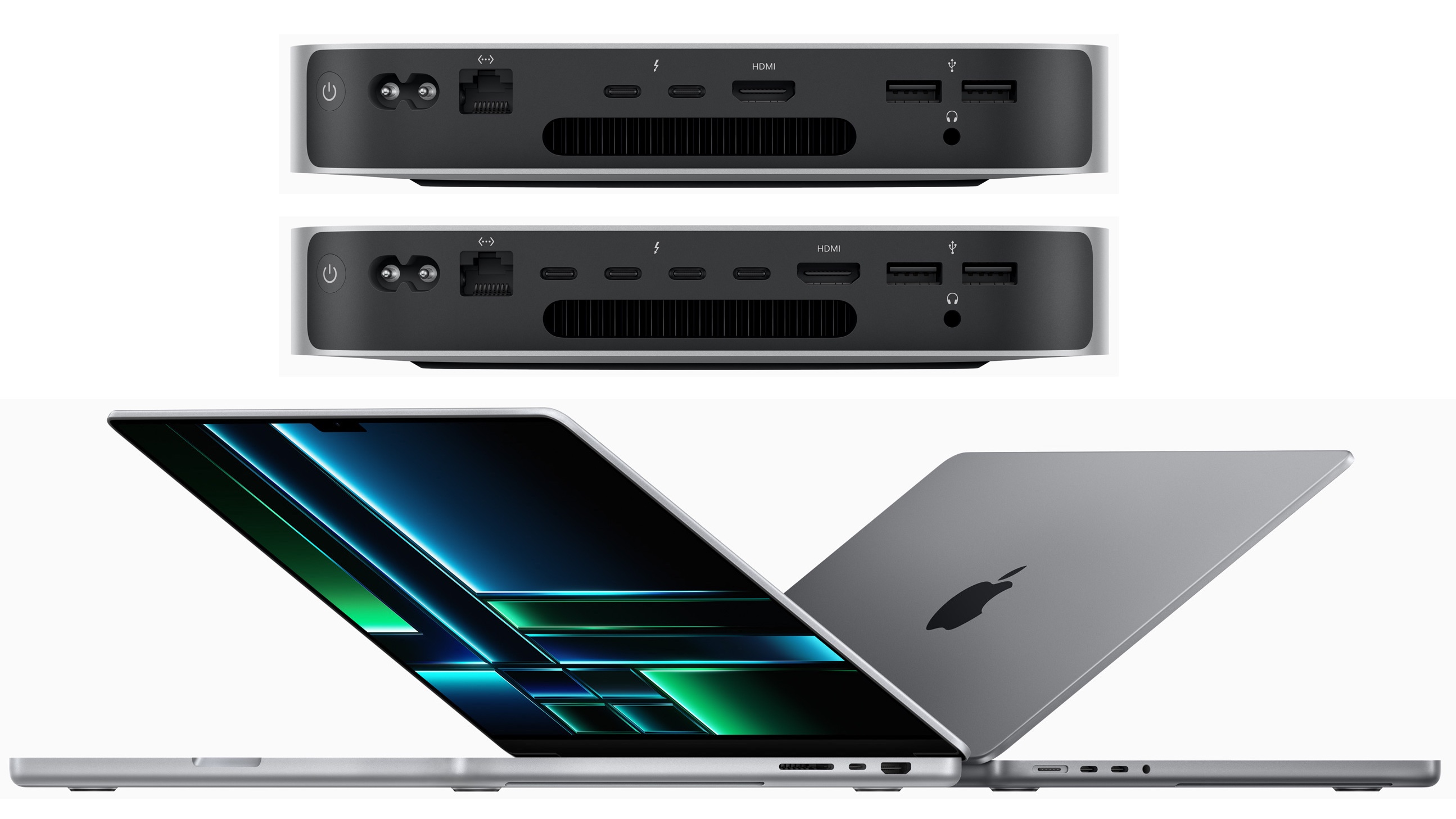 Today Apple announced updates to the Mac mini and 14-inch and 16-inch MacBook Pro lines. All of these machines have versions of the M2 processor. Before we delve into the specific products, let us look at the M2 and M2 Pro. 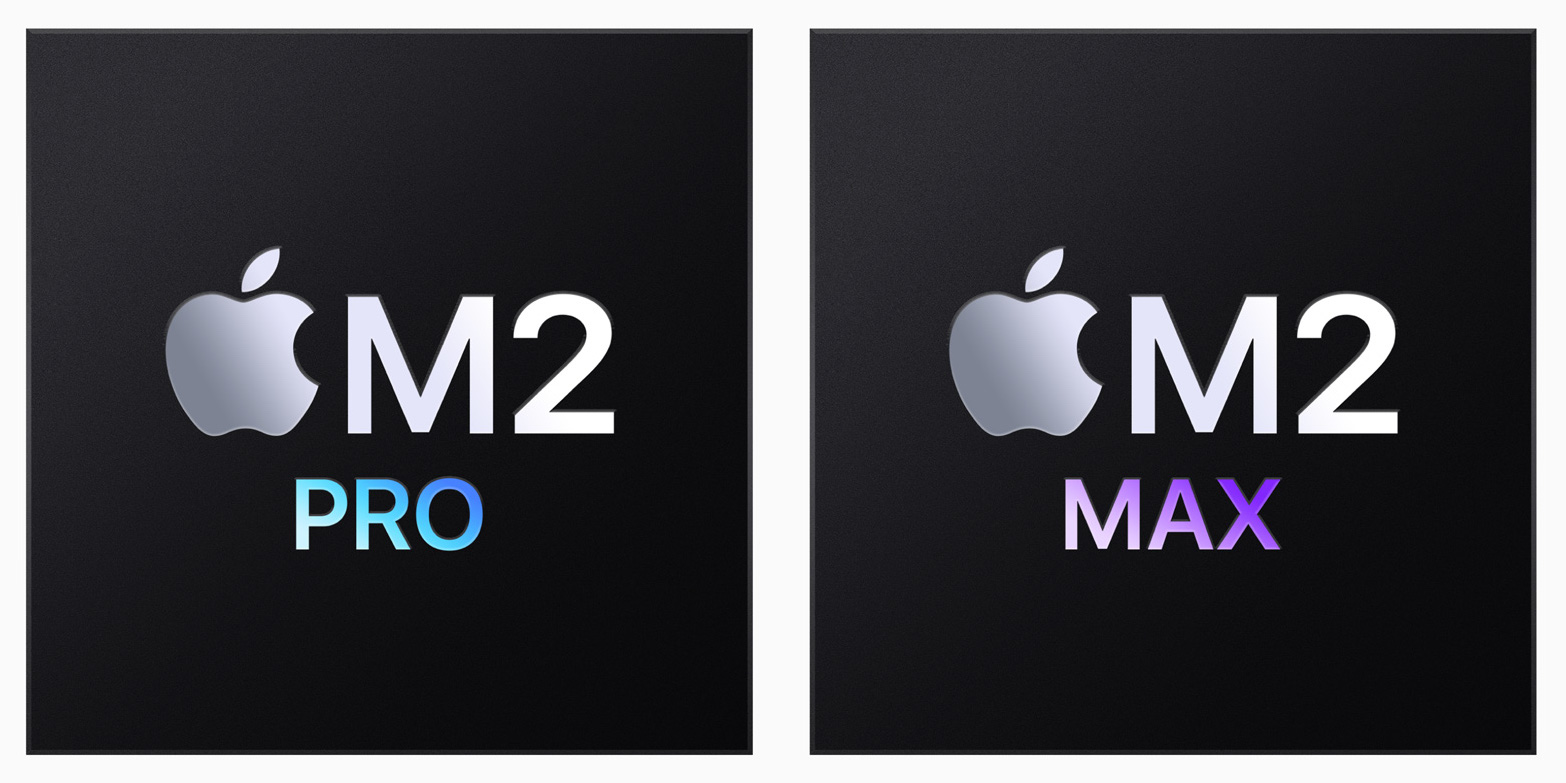 The M2 Pro and M2 Max build on the M2 and provide even faster capabilities. The M2 Pro has 40 billion transistors, which is 20% more than the M1 Pro, and double the M2. According to Apple graphics processing on the M2 Pro is up to 30% faster than the M1 Pro.

The M2 Max has 67 billion transistors on the chip, The graphics processing in the M2 Max sees a similar increase to that of the M2 Pro, and is up to 30% faster than the M1 Max. Next, let us look at the Mac mini.

Here are three overview images from the introduction video: 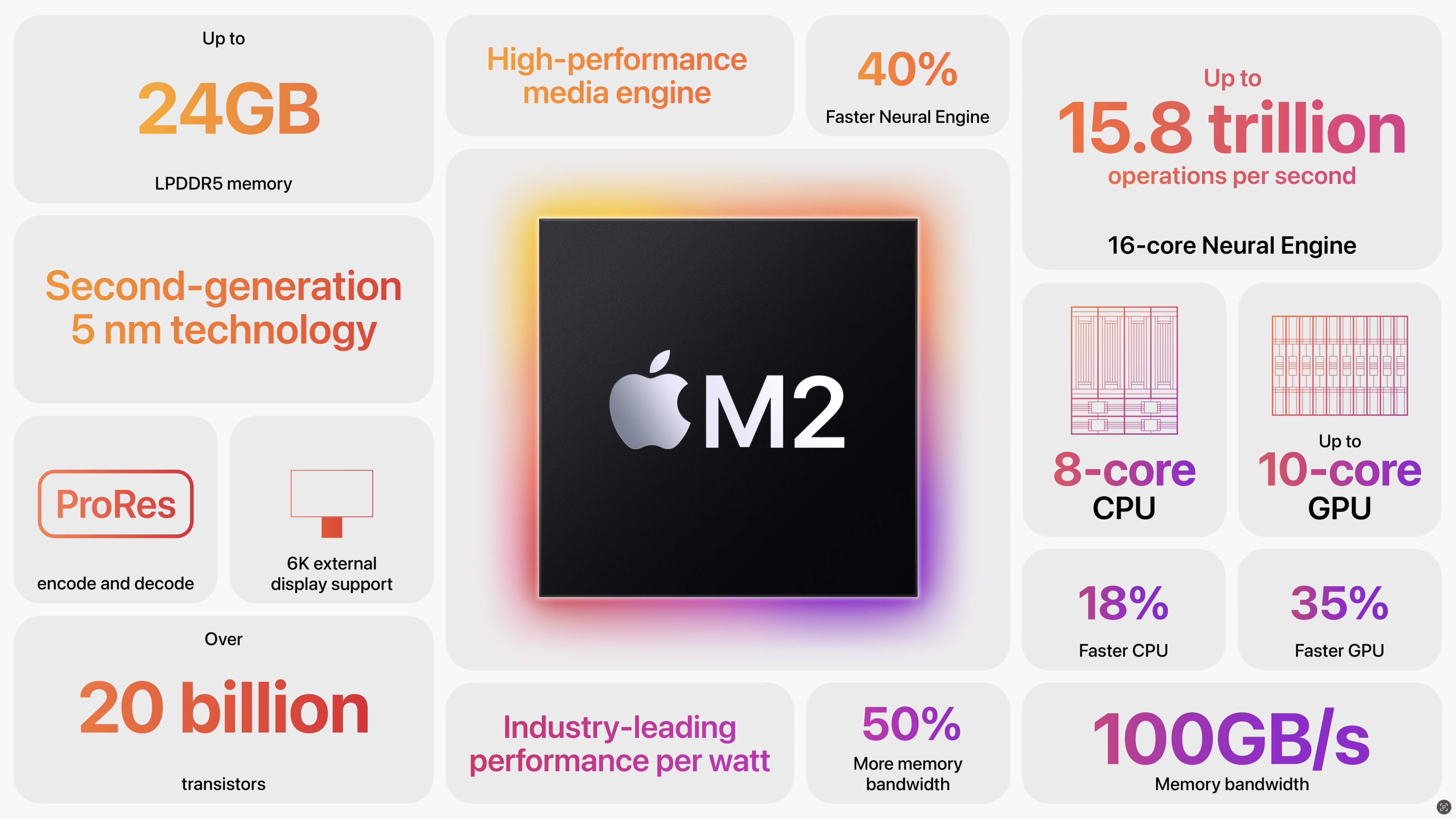 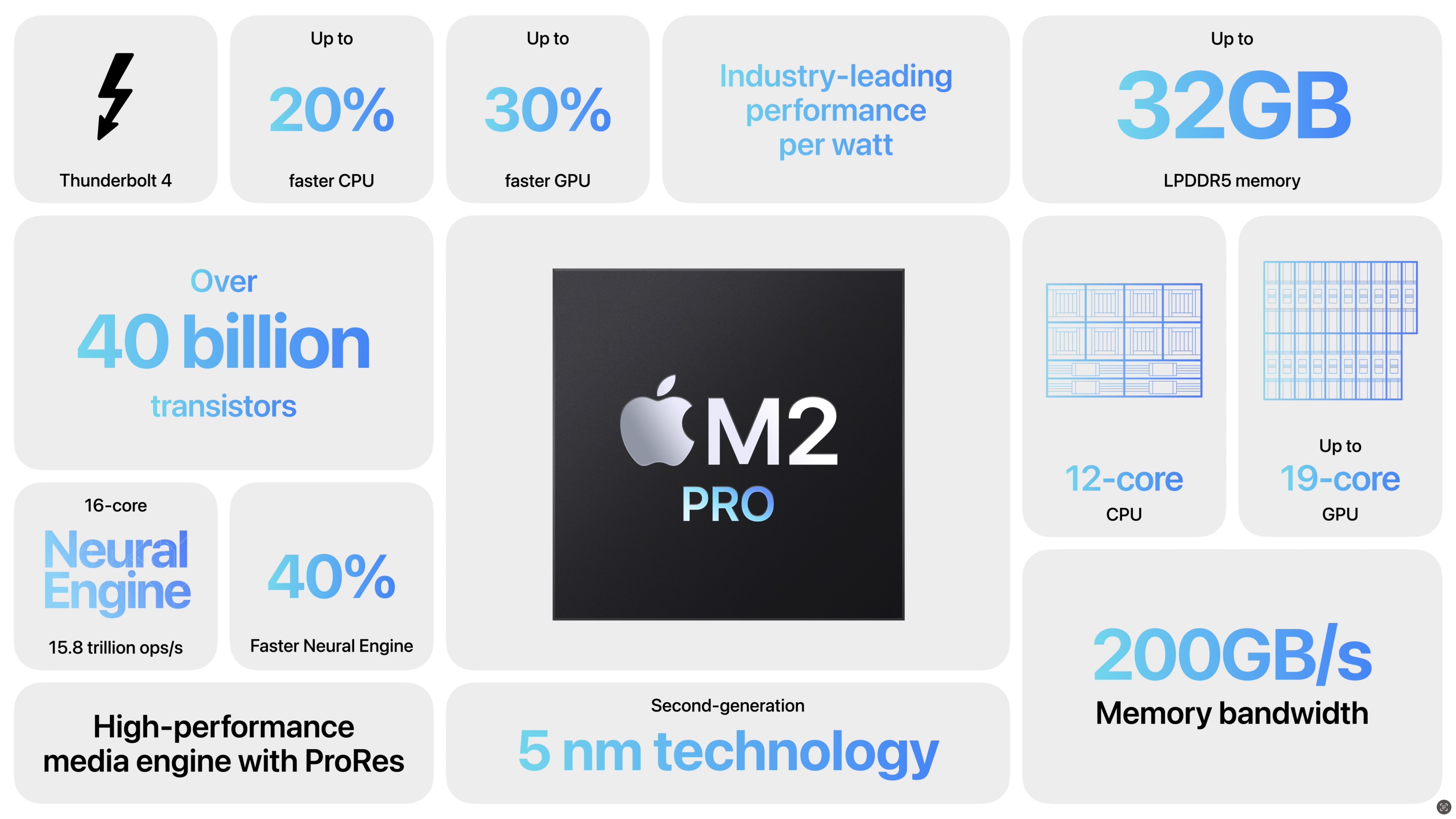 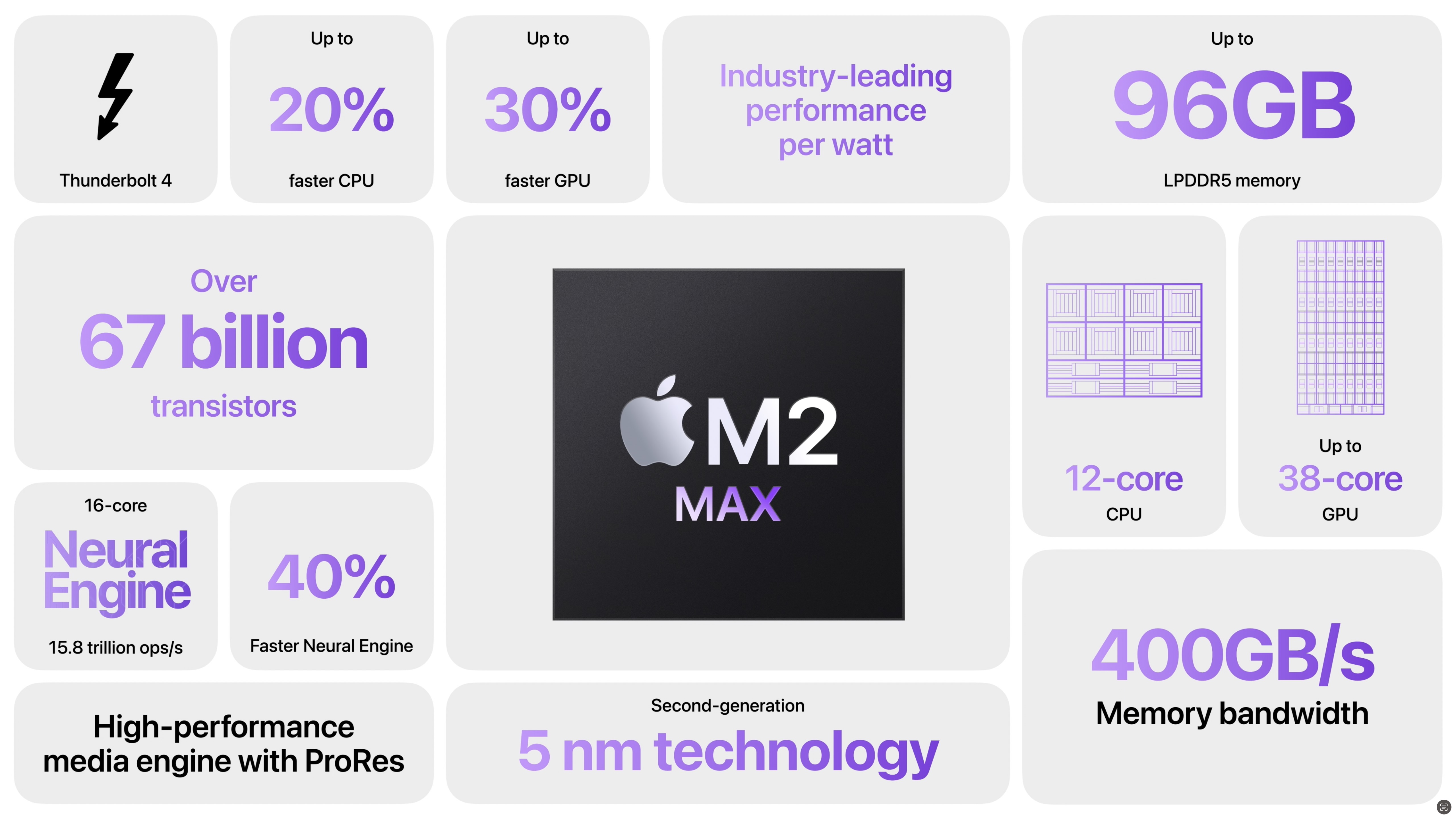 The Mac mini was one of the first machines to begin the transition from Intel to Apple Silicon, with the introduction of the M1-based Mac mini in November of 2020. At the time a higher end configuration of the 2018 Intel Mac mini remained on sale. Today, that item is no longer on sale because Apple has introduced two new Mac minis, with the M2 and M2 Pro processors.

There are three models overall, two with an M2, and one with an M2 Pro.

All models allow you to configure a 10-gigabit per second adapter for $100. All models have 2 USB-A ports, 2 USB-C ports, an HDMI port, and a 3.5mm Headphone jack. The M2 Pro model has 4 USB-C ports. All of the machines come with Wi-Fi 6E and Bluetooth 5.3.

As mentioned above, the Mac mini starts at $599, which is $100 less than the previous M1 Mac mini. There is only one color for this Mac mini, silver. You can order it today and it will begin arriving starting January 24th. Let us now move onto the MacBook Pros. 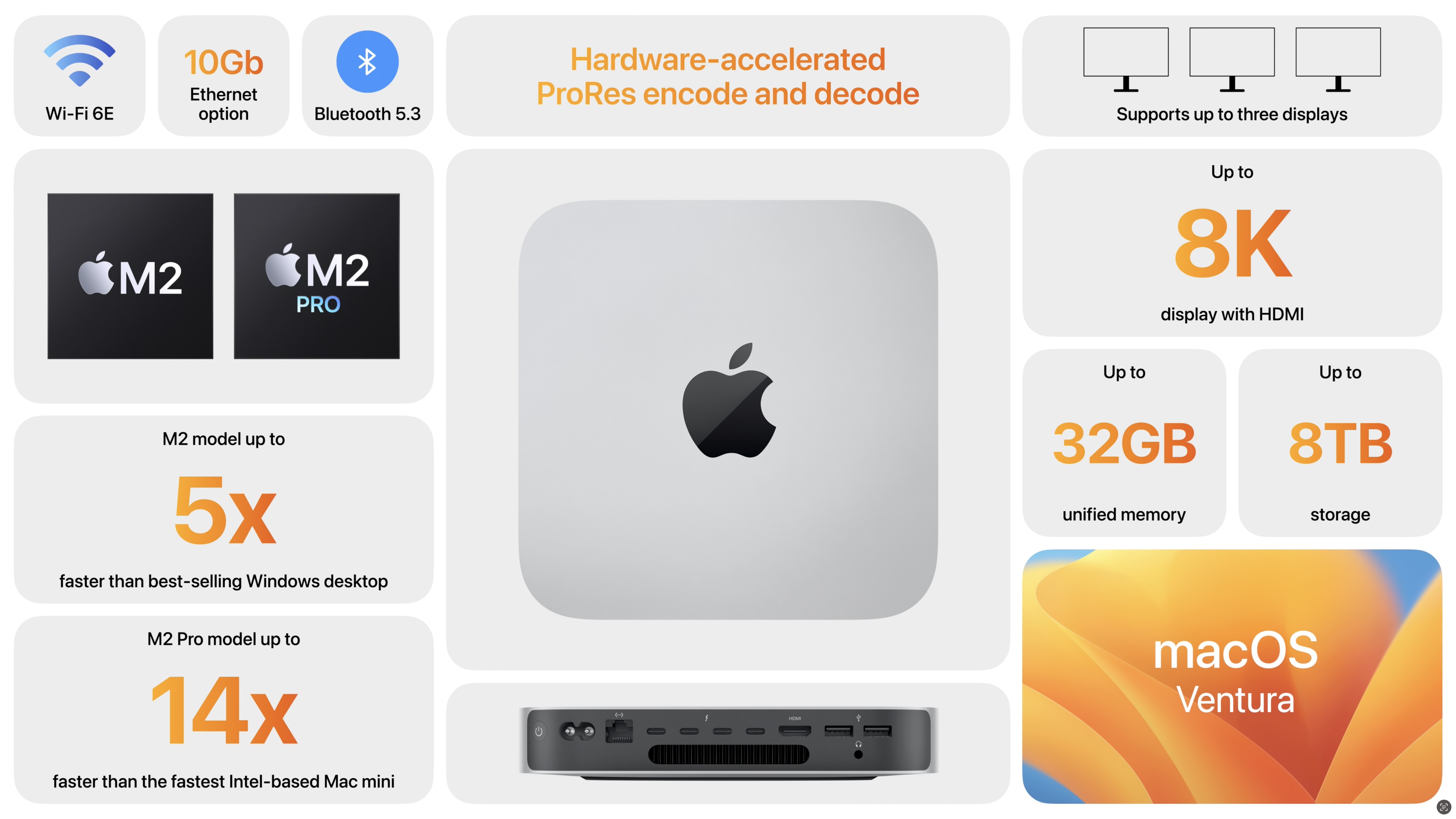 The 14-inch and 16-inch MacBook Pro moved from Intel to Apple Silicon in 2021 and were introduced with the M1 Pro and M1 Max. Today, these machines received an update to the M2 Pro and M2 Max. There are two M2 Pro processors, and two M2 Max processors. All models have 4 effiency cores, and either 6 or 8 high-performance cores.

Here are the processo options available: 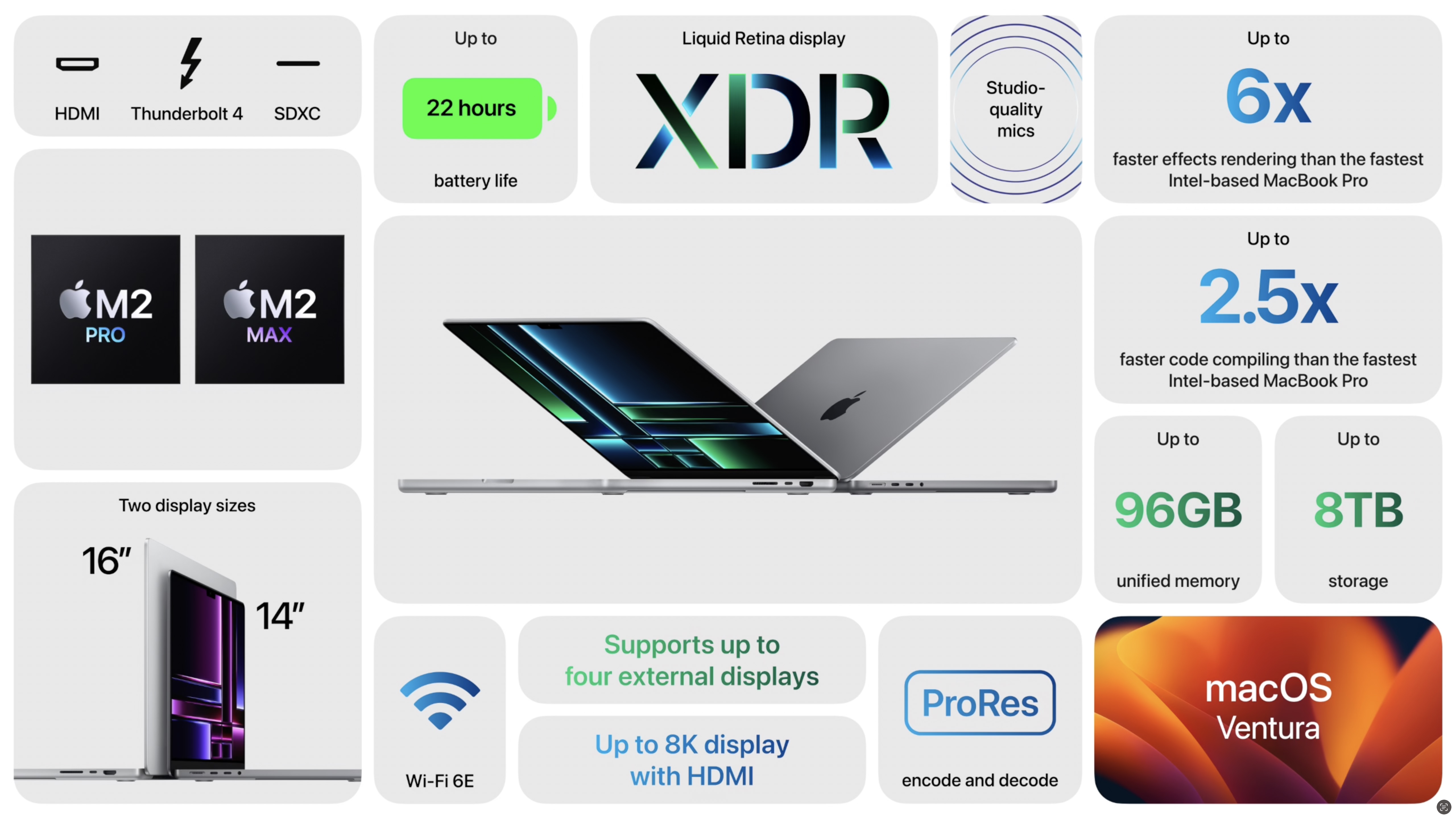 Today's updates are smaller, in comparison to that of the M1, but they are great additions to the Mac line up. THe Intel-based Mac mini is no longer available, but it was four years old, so it not the worst thing. The M2 Pro Mac mini would be a fantastic upgrade for anybody who is still using an Intel Mac mini.

The 14-inch and 16-inch MacBook Pros offer some good upgrades, and keep the same base price. The highest-end configurations have increased in price, but if you are in the market for those, you know you need the power.