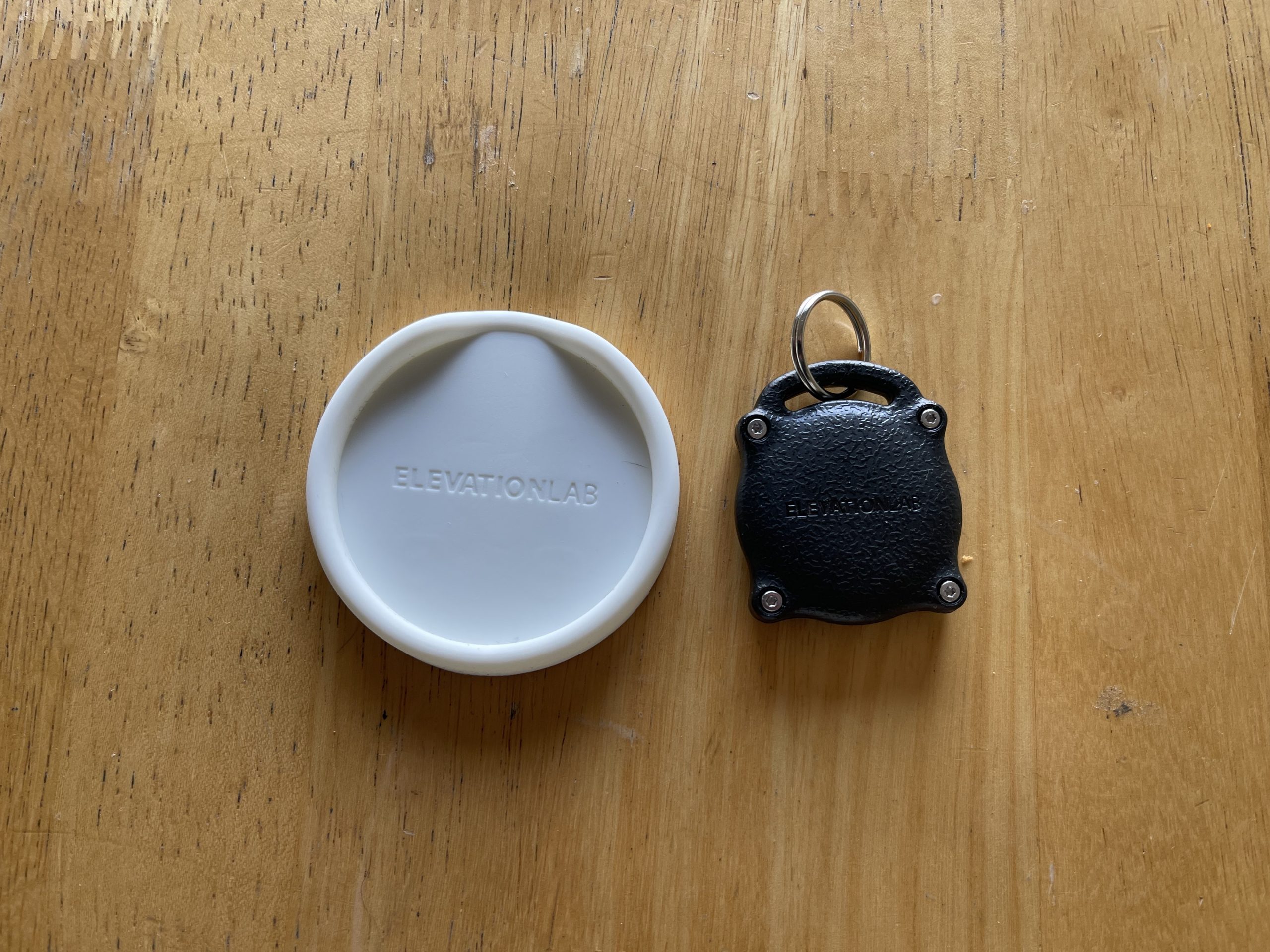 ElevationLab is a company that has created a lot of third-party accessories. While many are designed for Apple products, the do have some other accessories for Android and even some general headphone accessories. Specifically for Apple, they have things like iPhone stands and docks. There are two accessories that I have purchased and thought I would review. These two items are the TagVault: Keychain and the MagBase. Let us start with the TagVault.

One aspect to most of Apple's product is that most products provide a market for third-party accessories. One of the products that provides the largest variety of options is the AirTag. Apple provides some accessories that you can purchase for the AirTag, however the ones that you can buy from Apple may not be usable in all situations.

The TagVault: Keychain is an AirTag holder that encloses the entire AirTag in a water proof case. The waterproofing is accomplished by having two hard plastic outer halves, with a waterproof ring between the two halves. 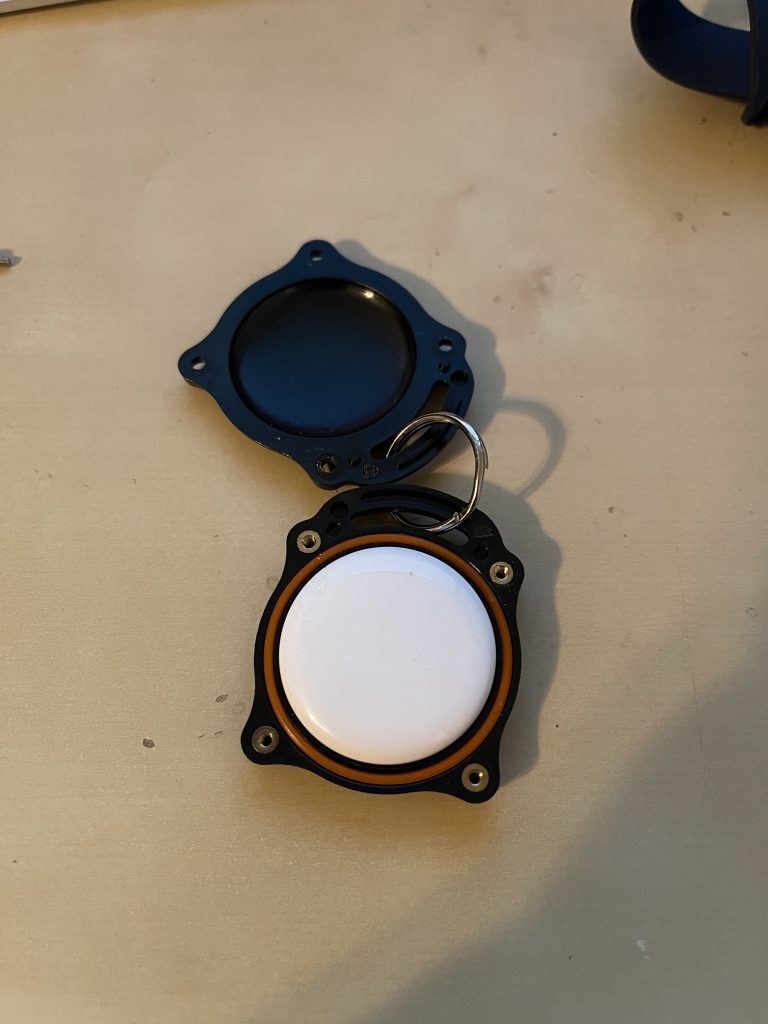 The two halves of the case are secured with four screws. When these are tightened down, this will protect the AirTag and with the ring, it will be secure the AirTag. Now, you may think that you would need to have a screwdriver that will fit the screws that come with the TagVault, but that is not the case.

Included with the TagVault is a tool to be able to easily remove the screws and put them back in place. This is quite helpful and a small touch which adds to the overall appeal of the product.

Having an AirTag enclosed in a water proof case will have some effect on the functioning of the AirTag. The biggest impact is that the sound on the AirTag will be reduced. According to ElevationLab it should be two-thirds of the decibel level of the AirTag outside of the TagVault. This is a trade off that has to be made for waterproofing. 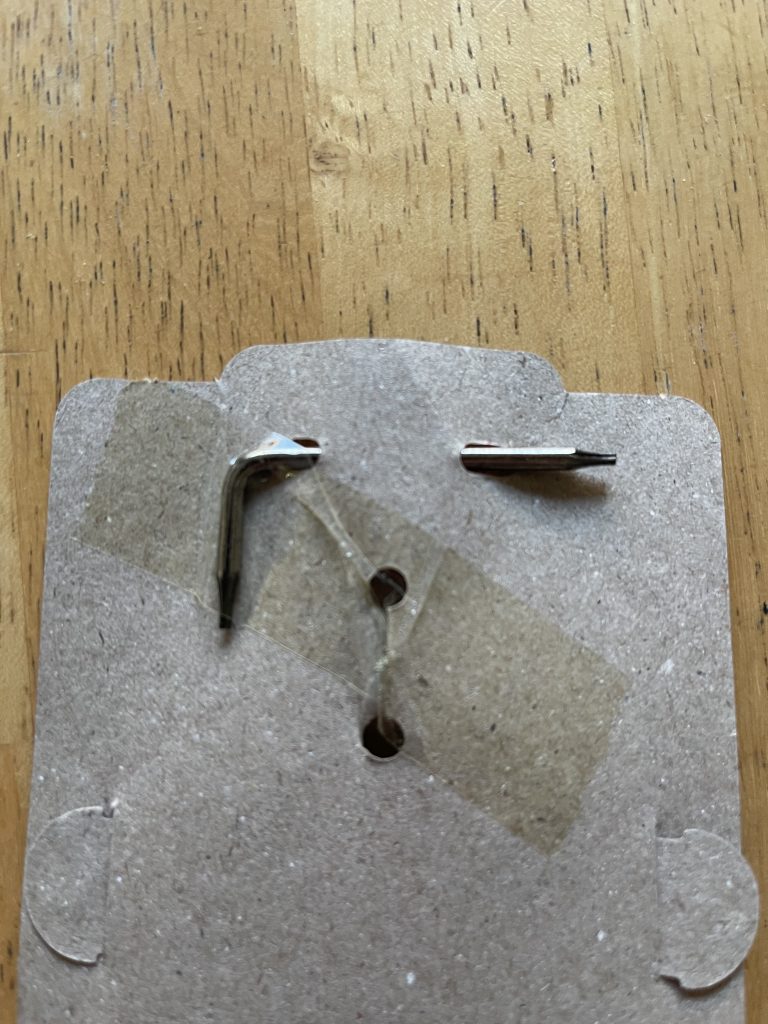 When I was putting an AirTag in the TagVault I realized that many might think that you should completely remove all four screws. This is not necessarily the case. In fact, you may only want to fully remove three of the screws and leave one mostly removed.

Now that we have covered the TagVault, let us move onto the MagBase. 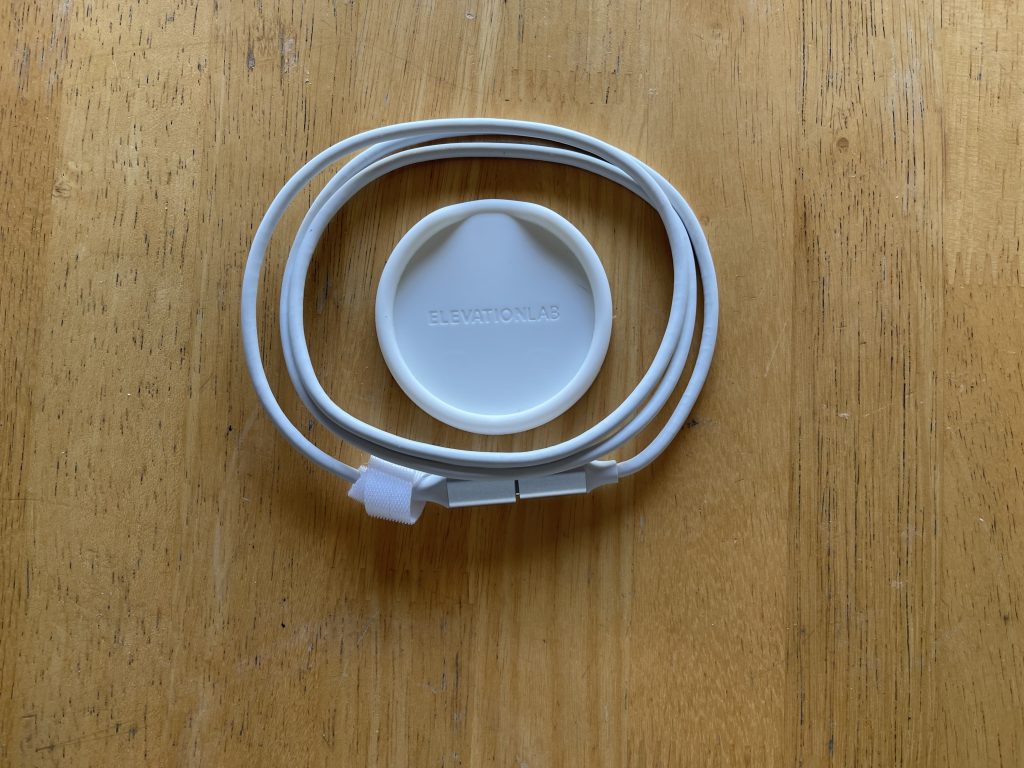 When Apple introduced the iPhone 12 line of phones, there was a feature that can make life a bit easier. That feature is MagSafe. MagSafe allows you to use the magnets that are in the iPhone 12 line and magnetically attach accessories. There are a number of accessories like the MagSafe Battery Pack, Wallets, and even PopSockets. The benefit of MagSafe is that nothing is permanent, since it is only magnetically attached.

MagSafe is not exclusively used for accessories, but can be used to charge the iPhone as well. Through the aforementioned MagSafe Battery Pack or by using a specially designed Apple accessory called the MagSafe Charger.

The MagSafe charger is a charging puck that will allow you to charge your iPhone through the built-in Qi charging. There are two downsides to MagSafe charger. The first is that it has a completely flat bottom. This can lead to the charging puck moving around when you want to place your phone on it. The second downside is that the cable from the Charging Pad is only 1 meter (3 feet) long. This is often not long enough.

ElevationLab has an accessory specifically designed for the MagSafe Charger called the MagBase. The MagBase solves both of the issues mentioned above. It includes a base for keeping the charging pad in one spot as well as a USB-C extension cable.

The USB-C extension cable is also one meter long, which makes the overall length 2 meters or 6 feet. This makes it much easier to place the MagSafe charger where you need. The extension cable works well and can be used for whatever you need because it is a USB-C to USB-C cable.

As mentioned earlier, the MagBase is made of medical-grade silicone. Because of this, your iPhone will not get scratched when you slide it off of the MagSafe charger while it is in the MagBase.

The MagBase in itself is useful, however I have encountered an issue which may reduce its overall effectiveness. After about a month of usage the MagBase stopped staying in place on the night stand that I have it on, without me moving it at all. Cleaning off both the bottom of the MagBase and the nightstand allowed the MagBase to stay in place again.

Both of these accessories work well. The TagVault will allow you to have a super sturdy AirTag holder that can stand up to the elements. Even though the sound that is emitted from the AirTag is diminished when in the TagVault, it is still audible.

Neither of the accessories is expensive. The TagVault is $12.95 for a single item, $39.95 for a four-pack and $74.95 for a pack of eight. There is only one color available, black. This is likely the color that most will want anyway. Similarly, the MagBase is $12.95. It only comes in white.

I hope that ElevationLab is able to come out with additional colors in the future for each of these products. If you need a waterproof AirTag case, definitely take a look at the Tag Vault. If you think the MagBase might work well for your situation, definitely consider it as an option.