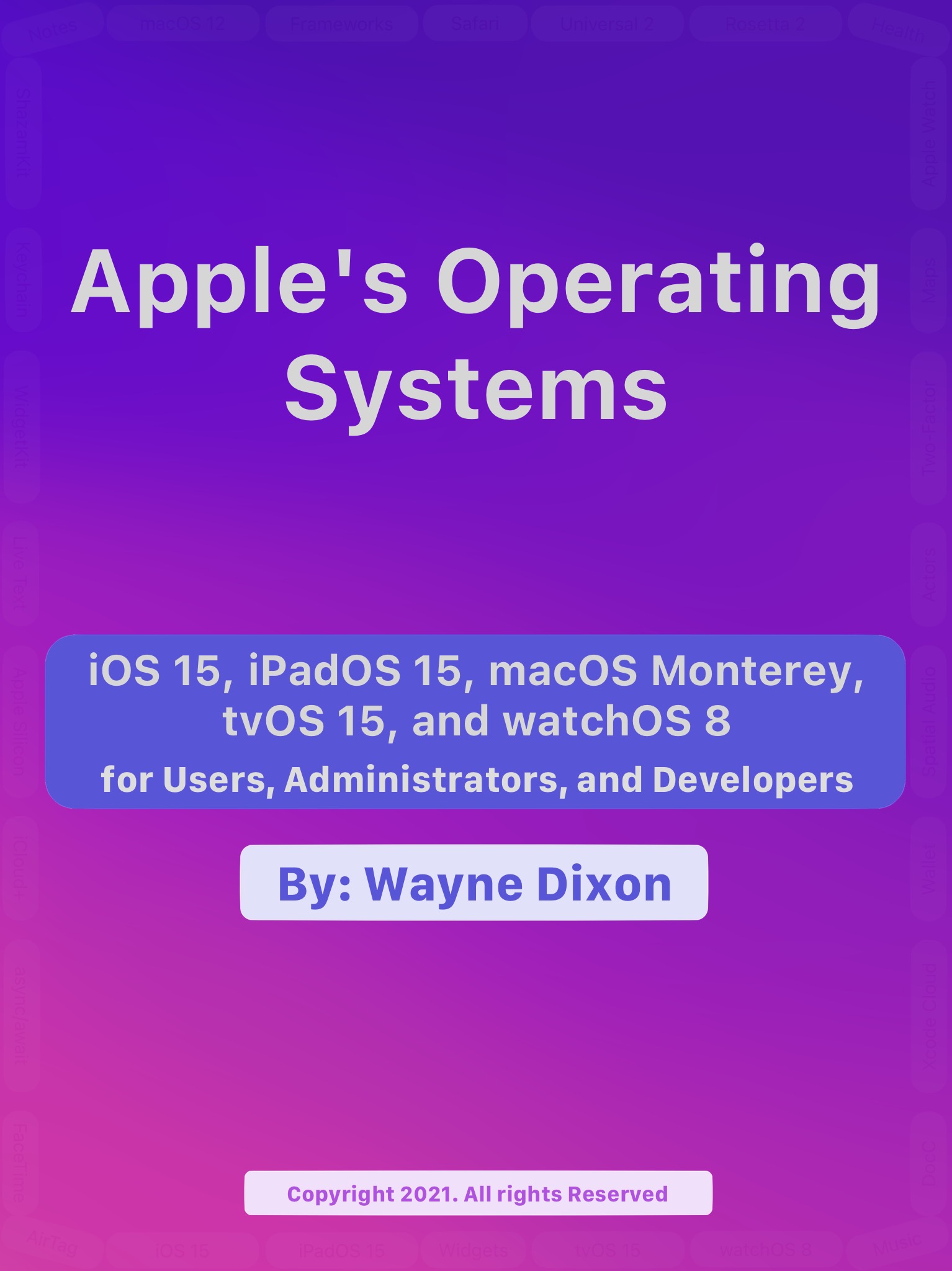 This year I am doing something different, there is only one book this year. That book covers all of Apple's operating systems. The title of this year's book is "iOS 15, iPadOS 15, macOS Monterey, tvOS 15 and watchOS 8 for Users, Administrators, and Developers".

Here is the description of the book.

Apple is on a yearly cadence for releasing new operating systems. Despite all of the troubles of 2020 and 2021, Apple has continued this cadence. This year’s releases of iOS 15, iPadOS 15, tvOS 15, watchOS 8, and macOS Monterey are somewhat lighter on new features that one might expect. However, the new features the operating systems have are big changes.

The biggest change is with a new Focus system, which will allow you to customize how your iPhone, iPad, and Mac all function when you need to concentrate on a particular type of task. The iPad has seen a significant change with the ability to place Widgets on the home screen. This will create a whole new experience, particularly with the extra large widget size.

For developers there are significant changes with Swift’s new async/await pattern, a whole new button system for customizing buttons, and a new continuous integration service called Xcode Cloud. Xcode itself has some improvements like inline commenting and the ability to review, merge, or close pull requests.

These topics just barely scratch what is covered in iOS 15, iPadOS 15, tvOS 15, watchOS 8, and macOS Monterey. The information within will provide details about all of the new features of each operating system and has something for everyone, no matter what level of expertise.

The book is available for pre-order from both Apple Books and Amazon for $4.99. The current release date is November 1st, but the book will be available whenever iOS 15 or macOS Monterey is released.