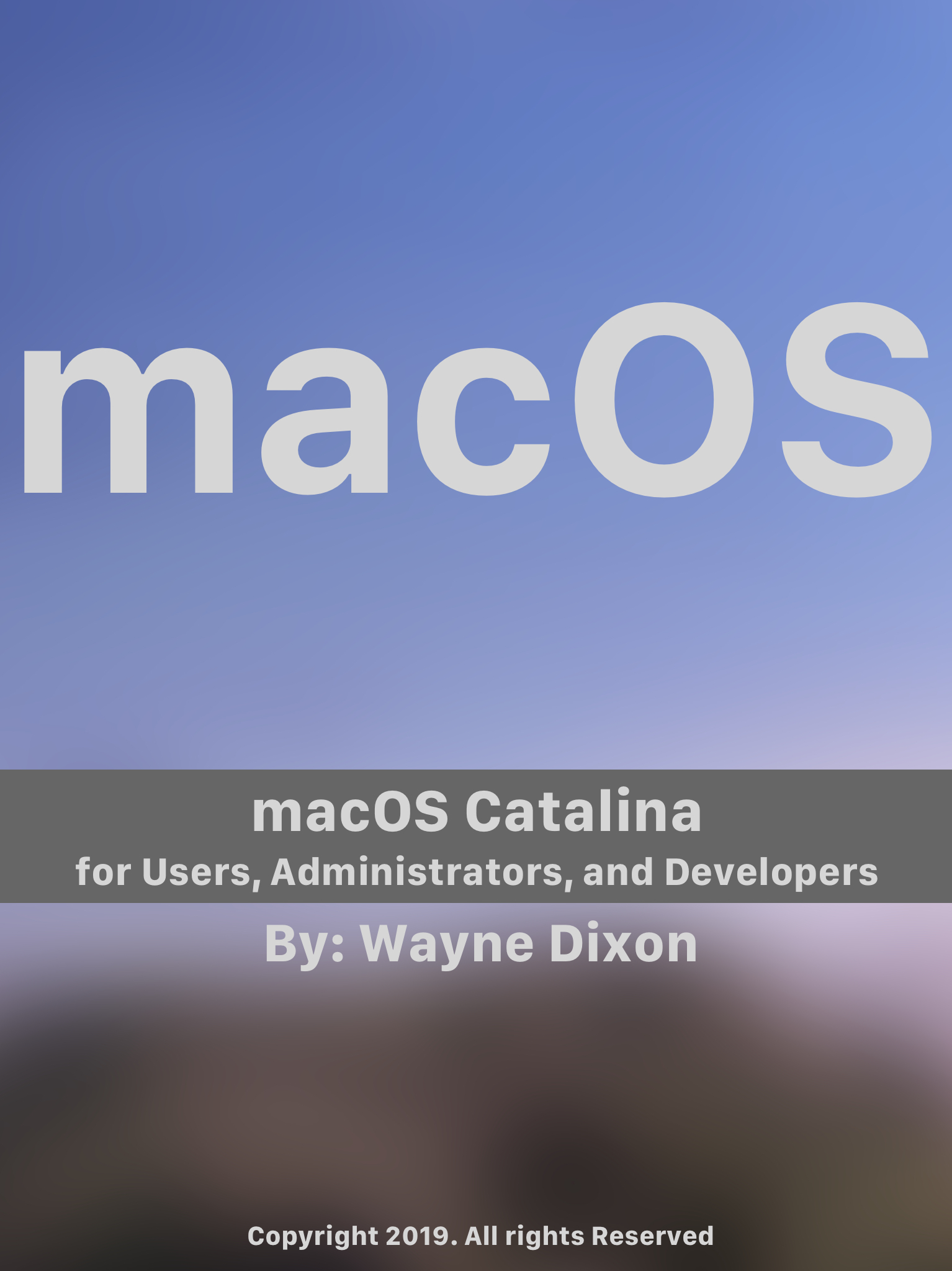 Today Apple released macOS Catalina. This means that my e-book, macOS Catalina for Users, Administrators, and Developers is now available. This is available from Apple or from Amazon for $3.99. It will also be available from Barnes and Noble, as well as Kobo, in the next week or so.

macOS is a mature operating system, even so macOS Catalina has a slew of new features including iPad apps on the Mac, the ability to use your iPad with your Mac with a new feature called SideCar, and changes to apps like Photos, Notes, and Safari.

Also covered is the the breakup of iTunes into three separate apps, Music, TV, and Podcasts. The iOS feature Screen Time to help you manage your time in front of all of your screens is now available on macOS. Notes, Photos, and Safari have all seen some changes which will be helpful to users.

macOS Catalina has made tremendous leaps forward for those who may not be able to use a mouse with the new Voice Control features which go way beyond simple commands and provides full control.

For Server Administrators we discuss the changes around the Volume Purchase Program (VPP) and Device Enrollment Program (DEP) and how they are being folded into Apple School Manager and Apple Business Manager. We also tackle the payload changes as well as a big change with the command line and even some changes to the Apple File System (APFS).

Developers will have some big changes with Swift 5 and the all new SwiftUI and Combine frameworks. We also look at the improvements to Xcode, Diffable Sources, Natural Language Framework, Notarization changes, and Core Data and CloudKit changes.

If you use macOS, there is something for you in macOS Catalina for Users, Administrators, and Developers.