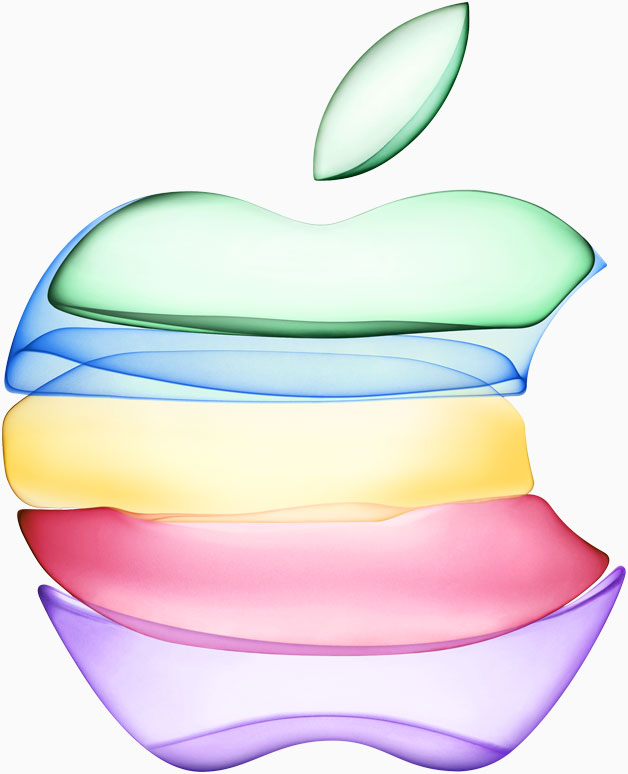 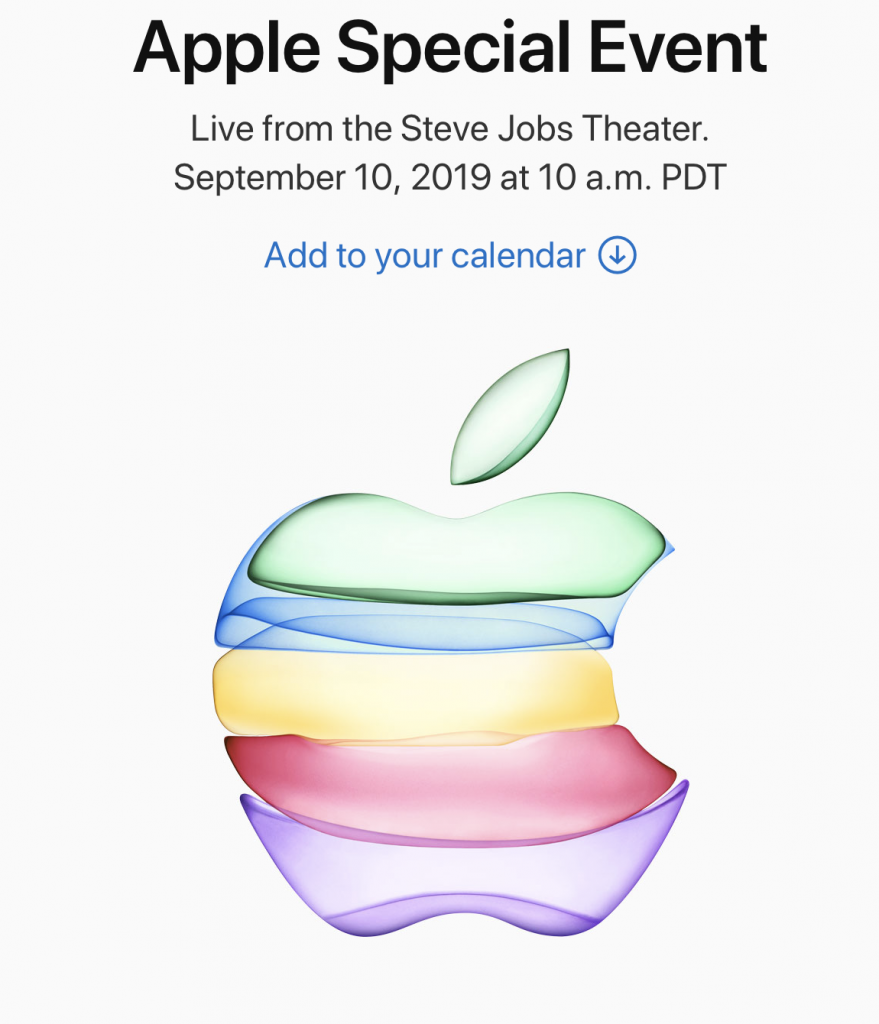 Apple is holding its "By Innovation Only" event on Tuesday, September 10th, 2019. I have some ideas for what we might see, so let us look at my predictions.

Apple's biggest product is still the iPhone. While its share of Apple's profits might be dropping, it is still the biggest portion. I think there will be three new iPhone models, the successors to the iPhone XR, iPhone XS, and iPhone XS Max. As much as I would like to see them drop the numbering, I think the iPhone is a bit too important for brand recognition to drop the numbering. iPhone 11, iPhone 11 Pro and iPhone 11 Pro Max. I think the sizes for the three phones will remain the same at 6.1-inches, 4.7-inches, and 5.8-inches respectively. I think the name will be "Pro" because the "Pro" moniker does not mean "professional" anymore, at least not in terms of Apple parlance. Instead, it usually means the best and newest technology. I also think the current iPhones will remain in the line up, and the iPhone 7 and iPhone 7 Plus will disappear from sale, at least for sale directly from Apple. I give the likelihood of three new phones at 100%, the naming at 60%, and the chance of the iPhone 7 no longer being for sale, directly from Apple, at 90%.

The Apple TV is an interesting product, it did not become an app-platform as Apple had originally intended with the Apple TV HD. In March of 2019 Apple unveiled a bunch of new services, one of them was a gaming service called Apple Arcade. Apple Arcade is supposed to be available on iPhoneOS, iPadOS, macOS, and tvOS. I think there will be a new Apple TV 4K that is released. It will have an A12 Bionic chip within the box. Additionally, I think there will be a bundle that comes with a game controller. This latter part is needed because you can likely use an iPhone or iPad as a controller, but sometimes having a standard controller just makes for a better experience. I also think that the Apple Arcade service pricing will be announced and it will be $4.99 per month. I give the chance of a new Apple TV at 75%, a bundle with the controller at 60%, pricing being announced at 85%, and its price being $4.99 at 75%.

The Apple Watch has become used primarily as a health and fitness tracker. I think we will see the Series 5 Apple Watch released this year. I do not think the watch will be a different form factor, nor will it see a significant processor speed bump. Instead, I think we will see a new sensor for sleep tracking. Along with this I think we will also see some new materials, like titanium. This being an event, there will likely also be set of new Apple Watch bands unveiled as well. I give the likelihood of a new Apple Watch at 95%, the new watch including sleep tracking at 85%, new materials at 75%, and new watch bands at 100%.

Accessories are one area where Apple can make some serious margins. Besides Apple Watch bands, Apple has a number of accessories. One of these is the AirPods. The 2nd Generation AirPods were released earlier this year and, from what I suspect they were intended to be released last year. While I don't think we will see a new set of AirPods, I think we could see some AirPods Pro. The AirPods Pro would be a bit more water resistant than previous models. I give this a 50% chance of occurring.

Sticking with the headphones, I think there will be some new Beats headphones released. The Beats Solo Wireless 4, and Beats Studio 4 Wireless, models to be exact. I think these will have the new H1 chip, or possibly even H2, charge over USB-C, and come in colors that match the new iPhones. There have been no rumors about this, so I give this a 50% chance of having new models, and 40% chance of USB-C charging.

The event will begin at 10:00 a.m. Pacific Time from the Steve Jobs Theater. Apple is streaming it from their own site and on ">YouTube. As usual, I will have a full write-up of what is announced, as well as a recap of how well I did with my predictions.