An iPad Pro Cell Data Issue and the Fix 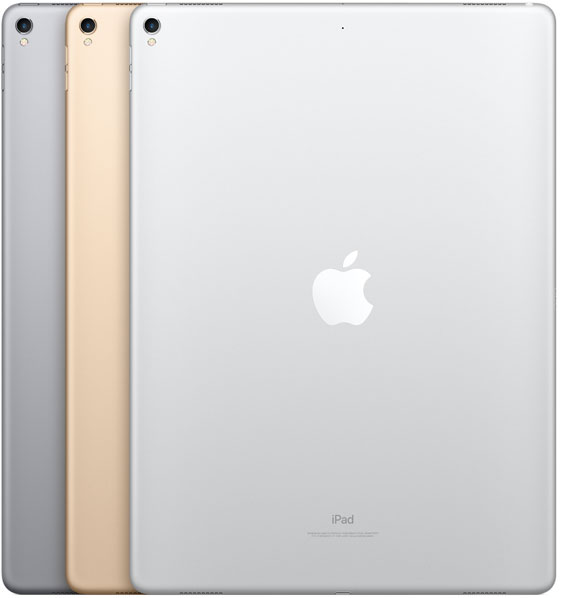 So I have had my iPad Pro for only about two weeks now. In those two weeks, I have managed to inflict some damage on my iPad, nothing that affects the actual usage, just some damage in the top corners and some scraping on the back. However, that is not what I am going to discuss today. This one is related to Cellular Data.

The 2nd Generation 12.9-inch iPad Pro and the 10.5-inch iPad Pro have an embedded Apple SIM within the device. The devices still have another SIM tray that can be used to put an additional SIM. This is designed to be used if your preferred carrier is not useable with the embedded Apple SIM. Additionally, the tray also works if traveling internationally, so you can put a local SIM into the iPad.

When I got my 1st Generation 12.9-inch iPad Pro, I was able to get T-Mobile's Mobile Data for Life plan. This deal ended in early May 2017. What this means is that you cannot move the Free Data for life from one iPad to another, since it is tied to the IMEI number on the iPad that it was first activated on. T-Mobile is unable to activate that plan on a new device, since it is not longer offered. With all of that information here is the series of events that occurred.

After learning it could not be moved, I put the SIM back into the old iPad. When I did this, an issue began. I could no longer sign up for an account with T-Mobile on the new iPad Pro. This is because when I would try to do anything on T-Mobile it would bring up the account information from the old iPad Pro. I kept fiddling with it, trying to see if I could get it to work. Unfortunately, I could not. So I had to call T-Mobile, since it seemed to be an issue with their system.

So I called T-Mobile. I talked to a representative and I attempted to explain the situation to them. At first they thought I was talking about a phone, clearly I was not since I mentioned iPad at least four times. I had to keep reiterating that this is an iPad. They did eventually figure out that I was talking about an iPad. The representative suggested that I could just take out the SIM and they could activate it on the new iPad. I had to re-iterate to the representative that the SIM was embedded and could not be removed. Eventually they passed me off to a technical support person, who could not figure out the issue and effectively stated that their systems did not show the iPad as being in use, despite the account information being shown.

T-Mobile indicated that I needed to contact Apple. So I did call Apple. The Apple representative that I talked to understood the issue and walked me through some of the steps that they thought might fix the issue. Unfortunately, none of them worked. The only option remaining was to restore the iPad to factory default and set it up as new. I went ahead and did this, but guess what, it dd not fix the issue. I contacted T-Mobile again, went through the same rigamarole as before and they still could not help. During this time, I talked to a customer service representative, was transferred to a "technical" person, whom was not very technical. I then asked to be transferred to their manager since they kept talking over me, and would not listen to what I was saying. Upon being transferred, my call was dropped. This greatly helped my attitude towards T-Mobile.

I then contacted Apple again, via chat, and the Apple chat person was having issues with their computer. I ultimately ended up setting up a Genius Bar appointment. Shockingly, there was actually an appointment for later that day. I should say, by "later that day" I mean 18 hours later, it was after midnight when I made the appointment.

After getting some sleep, I sent out this tweet:

I then got a reply from T-Mobile's Twitter help account to send them a Direct Message. I did so, and began explaining the issue to them. They attempted to help, just like the customer service representatives that I talked to. I informed them that I had an appointment with Apple and would let them know what came of that appointment.

My Genius Bar appointment was late in the afternoon. So I head to my appointment. I got there early, like I do, but could not check in until 10 minutes before my appointment. So I spent some time checking out the new Macs.

Once I do checkin and get my appointment started, I explained the issue to the Genius. They begin looking at things and the genius was a bit confused by the situation too. After trying a few more things and asking more questions the genius called over a colleague who specialized in activations.

I gave a brief description of the issue to the activation person, making sure to include the fact that that I was using the embedded SIM. By now, I had repeated the details of the issue no less than a dozen times to various people.

The activation specialist emphatically stated, "iPads do not have embedded SIMs". I countered, that the latest iPads do have embedded SIMs and this was clearly stated on the website. This was corroborated by the genius that was helping me as well as the "Pit Boss", as I will call that person. After a bit of back and forth, the Activations Specialist understood that there was indeed an embedded SIM in the iPad. What really made it sink in was that there was no SIM in the tray already, yet there was still the ability to try and setup the Cellular Data. Ultimately, this led to the fix.

So, here is the fix. Insert an unactivated T-Mobile SIM into the secondary SIM tray. This will clear the existing account information. Apple let me take the SIM with me, even though I do not need it. I was able to successfully sign up for data using the embedded SIM.

Throughout the genius bar appointment, the woman sitting next to me, whom was getting her iPhone fixed, kept laughing because I kept having to give Apple employees more information about their own products than they had. I realize it was a relatively new product, but it seems strange for the geniuses to not know about the products that their company sells.

I did reply back to T-Mobile with a fix for the issue. I asked them to make sure that their customer services representatives are aware of the fix should the issue arise for others. I think the next step may be to send an email to Apple indicating the same, so that the geniuses can be aware of how to fix the issue. Let’s hope that T-Mobile actually informs their customer services representatives.