OS X 10.11 for Users, Administrators, and Developers is available for pre-order on Apple’s iBooks Store in both iBooks format as well as ePub format. The book is also available on Amazon in ePub format. The cost for the e-book is $3.99. The book will be released on September 30th, 2015. 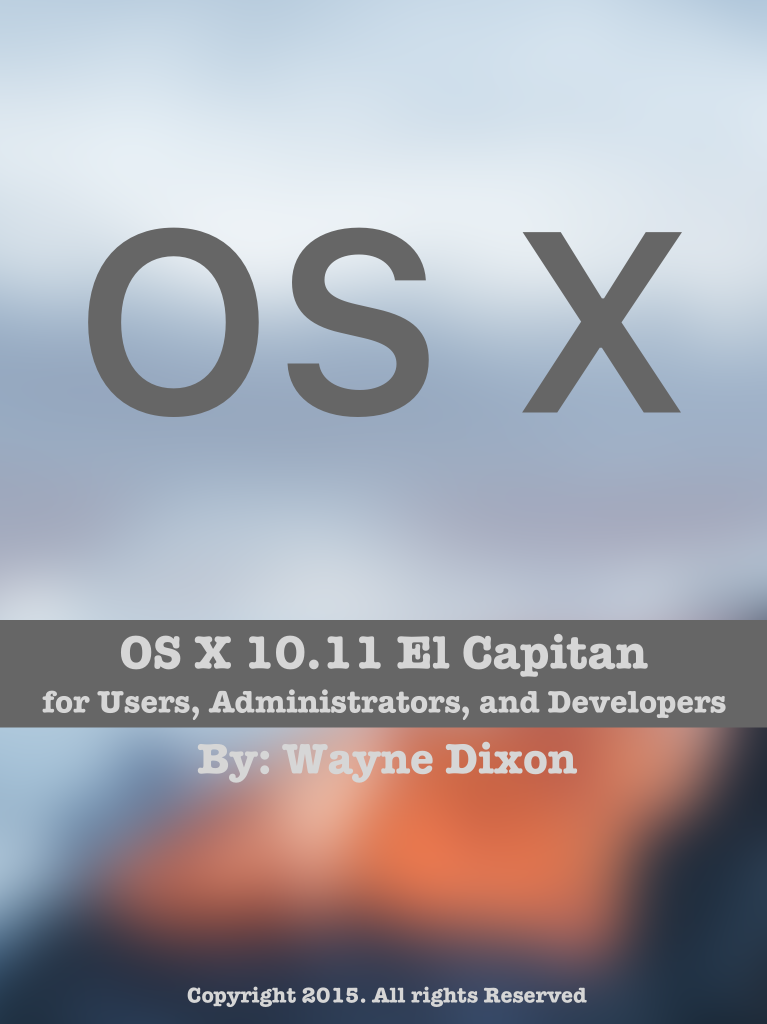 OS X 10.11 El Capitan for Users, Administrators and Developers covers many of the new features within the operating system. For users, we cover the new Split View, the changes to the cursor, the new San Francisco Font, changes to Spotlight, upgraded Notes, improvements to Apple Maps, and the new features of Safari.

For administrators we cover the big changes to application assignment and other changes to Profile Manager, the overall look, some file sharing changes, the improved softwareupdate command, the implications of security changes, and built-in application versions.

For developers we look at the new Apple Developer account, Xcode 7, the new frameworks like Metal, GameplayKit, and Network Extension. We also look at the changes developers need to make for security, Swift 2, changes to Objective-C and CloudKitJS.