Luke Skywalker and his friends travel to Tatooine and save their friend Han Solo from crime lord Jabba the Hutt. The Galactic Empire has begun construction of a second Death Star to annihilate the Rebel Alliance, but its termination is compromised by the Rebel Fleet, which insists on ending the Empire. In the meantime, Luke Skywalker fights to rescue Vader, a former Jedi, back from the dark side of the Force. 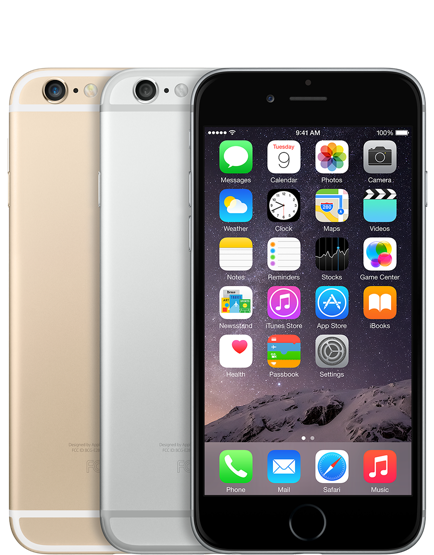 Many people in today’s modern society enjoy getting a new gadget. The most common gadget that many users purchase, and upgrade at a somewhat regular frequency, is their cell phone. There is an ever increasing number of cell phone users. Being in the United States it should not surprise anyone that cellphone companies want to maximize their profits. In the United States there are four major carriers: AT&T, Verizon, Sprint, and T-Mobile. There are many smaller and regional carriers that exist. But we will focus on the largest four.

When a user picks out a new cell phone, there are many things to consider. The biggest two are the initial cost of the phone and the price of the ongoing monthly cell phone bill. With it being September, let us use an example of a new iPhone 6, presuming you get it on day one. Here is the minimum costs per month on each carrier:

64GB iPhone 6 and the 1GB, or closest, per month data plan with a standard 2-year contract.

This is what the cost would be over the course of two years, if you start with a new phone plan. There is one thing not listed in the table above. That is the “activation” fee. The activation fee is an additional fee that most cell phone providers charge to activate a new phone. While this can be somewhat understood, if this was 1999, in today’s world this makes no sense. If a person had to physically activate a new device by putting entering the device information into a database and it took even 30 minutes, a $20 activation fee would make sense. But this is 2014 and this is no longer the case. The device is automatically activated when registered and, in most cases, takes a couple minutes to enter in the information. There is no way that it costs $40, or more, per phone to activate.

When you purchase a traditional 2-year contract, the price of your phone is being subsidized by the phone company, and hence why there is a contract. Over the length of the contract, typically 2 years in the United States, the price difference between what you paid upfront, and the remaining cost of the phone, is paid for by your monthly bill. There have been some changes by the carriers, as of late, where you can effectively pay for your phone with a monthly fee that is not necessarily tied to your monthly phone service bill. Besides, the activation fee there is another fee that providers charge. The “upgrade” fee.

AT&T, Verizon, and Sprint all charge customers an “upgrade” fee. An upgrade fee is incurred when a user replaces a device at a subsidized price. In theory, this should make sense. But in practice it does not. The thing that does not make sense with this “upgrade” fee is that there it serves no purpose other than to generate revenue for the company. Just like the activation fee, the upgrade fee is merely a profit making feature. While one could possibly argue that the cell phone company has to cover the possible difference in price between when a user upgrades and the total price for renewed contract. But this is just load of crap. The “upgrade” fee is merely there to generate more profit for the provider.

With so many people in the U.S. upgrading their phone, cell phone companies stand to generate a significant amount of profit just from upgrade fees. With over 4 million iPhones sold worldwide, let us presume that 500,000 of those were in the U.S. Here is a chart with how much each company stands to make, in pure profit, from activation or upgrade fees.

As you can see, presuming 450,000 upgrades and new accounts the total profit that the carriers stand to make just from activation and upgrade fees for the iPhone 6 and iPhone 6 Plus is a total of $14,227,200 between the largest three. T-Mobile users pay full price for their devices, and T-Mobile does not charge an upgrade fee. The guess of 500,000 orders being in the United States, is merely my own guess. The percentage of the market is based on reported subscriber count, obtained from wikipedia.